Review: A Week in Electronic Music and Shows Upcoming...

Keep dancing until tomorrow... A week with Wolfgang Gartner, BT and Flying Lotus... 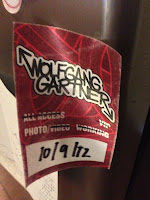 Wolfgang played til a prompt 2am and then stayed to sign merch for fans and... CAKE! 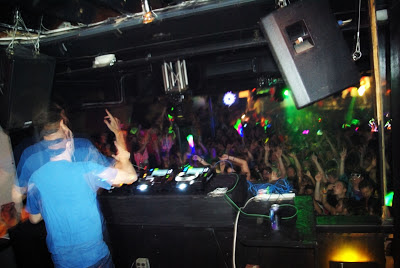 Next up was a show I had been waiting to see... for a long time.  BT rolled through again hitting what I would say is the best dance club we have going right now, Elektricity in Pontiac.  Home of the Eagle Theater, originally designed for Vaudeville, and former legendary nightclub, Industry, Elektricity packs the punch with a stellar sound system you can feel and enough lights, lazers, confetti and smoke to hone all of your senses.

BT was personable, playing as if we were a room full of his best friends, packed in close dancing seamlessly together.  His drops were epic, his buildups were harder and higher every time.  Many people in the crowd were yelling out and even screaming; the emotional rush was uncontrollable.  Dabbling a little bit into his "duBTstep", he didn't overdo it, and the grammy-nominated, multi-talented producer in him in typical fashion reinvents the genres he has already perfected and innovated time and time again.

Last up was a trip to the Majestic to see Flying Lotus.  Before the show even started, there was a guy sitting in the corner of the lobby with his eyes rolling around, attended to by his friends who wanted to wake him to to make sure they had a secure spot in the midst of the packed theater (on a Monday!).  I knew this was going to be good...  The lights dimmed and the bass started to drop.  I just got the coveted iPhone5 and thought... what better place to test this little video camera out than at a show where the sound is so deep that my throat is getting sore and I can feel the wind on my skin that my clothes are creating..!. OH and THE LIGHT SHOW

FL is the great-nephew of the late jazz pianist Alice Coltrane, wife of saxophonist John Coltrane.  Talented producer of multi-genre experimental music, I would say that his crowd definitely won most diverse for the week.  Different ages, cliques, races, stoners, hip hoppers, and those kids in neon from Ann Arbor (he shouted out to A2 at least 3 times...) bounced and grooved together until the early weeknight ending to round out a solid week of electronic music.