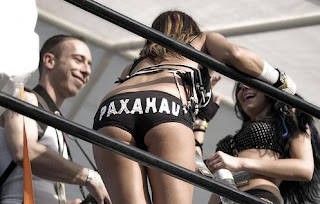 starting Friday May 22nd through Monday, May 25.

“Techno and Electronic Dance music fans love the festival atmosphere,” said Jason Huvaere, Movement festival director, “and we want to keep the party going after the festival so we partnered with some great local promoters to host our official Movement parties.”

The most highly anticipated Movement After-Party is the festival’s closing party on Monday, May 25 because it launches the new partnership between Movement Detroit and Movement Torino. It will be the beginning of a new era for both Movement festivals.

The partnership between the two festivals was first announced at a press conference at the end of April. Electronic Music icon Derrick May introduced the two groups in 2008 and they began discussing how they could work together to make Movement a global brand.

Huvaere has called the partnership “historic” and said the two groups will “work together to promote each other’s festivals and Paxahau will be instrumental in helping them book electronic music artists to perform at Movement Torino.”

The Movement Closing Party will feature performances by Krakatoa, Benny Benassi and many more. Doors to Plan B Nightclub located at 205 W. Congress open at 10 p.m. The cost of entry is $5 with any Movement wristband and $10 without a wristband.

The other 12 Official Movement Parties are: 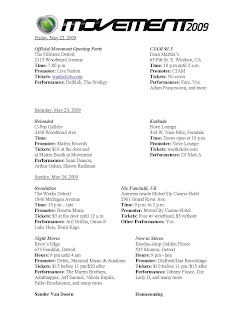 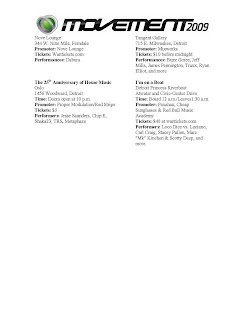 "MCB IS DETROIT"
Check out more MCB-VIDEOs here
Posted up by DIETROIT on 19.5.09