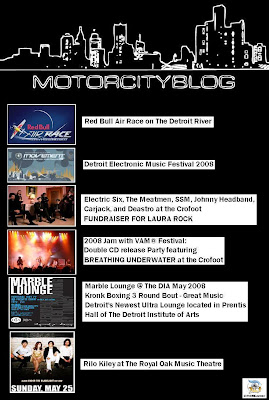 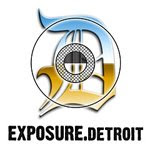 Bean & Leaf Cafe
Royal Oak MI
Friday May 16th 2008
Head on over to Exposure Detroit's May Exhibit this coming Friday May 16th @ 7pm for not only some killer photography by 5 featured artists (MCB's Amy Palomar)
but also for a chance to snatch up some tickets to some of the events happening around town in the next few weeks such as:
Red Bull Air Race
DEMF
Electric Six/Carjack/Deastro/ The Meatmen/ SSM
Marble Lounge w/Kronk Boxing
Rilo Kiley
Big thanks goes out to Royal Oak Music Theatre - The Crofoot - The DIA for offering up the tickets for freebies again for The Exposure Detroit shows....
Posted up by DIETROIT on 12.5.08