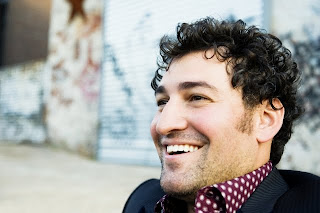 Much is known about the way music impacts the brain; very little is known about its effect on the heart. That instant, visceral sensation when a song connects is universal; while sincerity and authenticity are intangible qualities, they are always present in the positive listening experience. Darrin James has been a guitarist for 15 years and a songwriter for just under a decade, drawing on his love for blues, soul, country and other roots genres to create songs with a timeless quality.  His debut album; Thrones of Gold earned a wealth of kudos in the music press. The Deli Magazine had this to say, "The man's got Joe Henry versatility, a crackerjack studio band and a great sense of craft…from a Lovett/Waits blues into a John Prine diatribe then rocketing off with an Elvis Costello pop gem." The Lovely Ugly Truth is the follow up album, and it's filled with parables that illustrate moral dilemmas and regret, outlaw stories, murder ballads and even a contemporary protest song that confronts the immigration debate. The album is in stores now.

James spent his childhood outside of and his college years in , where he recently returned from a spell living and working in .

He plays his first show since returning hom at The Belmont Bar in on Saturday, February 6th.

The Ugly Lovely Truth hit the street in October, when James embarked on a national tour in support of the new collection of songs. "I have always loved the saddest songs the best, so that is what I write most often," explained James, who produced the album and assembled an ensemble of New York's finest players, including staff from Antibalas, TV on the Radio, Sharon Jones and the Dap Kings, Beirut and Arcade Fire. The tracks were recorded between 2007 and 2009 in numerous studios in by Matt Gill, who has worked with bands like Fischerspooner, Aimee Mann, The Raveonettes and Aqualung.

The album contains no filler, but standout tracks include "Baby Don't Bitch", a swampy Tony Joe White-esque burner that tells an outlaw tale with a Bonnie and theme. Viola was utilized instead of the predictable fiddle, lending dark richness while complimenting blues guitars and soulful backing vocals. "Lovely Ugly Truth" attacks divorce, a classic breakup song that evokes The Band, brilliantly summing up the strife everyone experiences in bad relationships. "Green Card Rag" rejuvenates a time-honored tradition, the protest song. James addresses the injustices of immigration policy through the story of a struggling migrant worker. With a finger-picked electric guitar and a New Orleans-style horn section, it steps far from the traditional folky presentation, bringing real spirit to the form. "Easier" is a regret-soaked acoustic song that powerfully evokes exhaustion, sadness and helplessness. Written to express man's struggle with the world, it will resonate with anyone who has suffered in the current economy.

Darrin James Band achieves that resonance we all recognize, when lyrics and music touch our hearts. Sheer talent helps, but a genuine reverence for the art form is the key to transcending the mundane. The Cowboy Trance blogger Flash said it best, "The DJB sound so completely authentic and true to its voice that it feels almost cleansing, and makes you wonder why in the hell great songs like these aren't everywhere, drowning out the vapid clowns that pollute the genre."