If you have been to Leelanau then you understand where Dana Falconberry is coming from with this record.  Its an amazing place that I personally frequent a few times each year for weeks at a time.  Go buy this record and get lost in the rhythms of summer on a peninsula filled with beachcombing, rock hunting, campfiring, shipwreck diving, fishing off the pontoon and all the other Michigan summer fun that makes our state one of the best summer getaways in the world.

email motorcityblog@earthlink.net for your shot at a pair of tickets to the show
we are working on getting some free vinyls so stay tuned 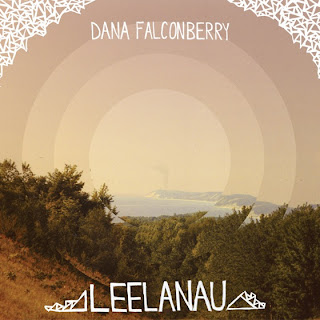 In support of the release of her new LP, Leelanau, Dana Falconberry returns to Detroit on October 23rd with Heartless Bastards

Have a listen to the new single Lake Charlievoix

Dana Falconberry suffuses the majesty of nature in the orchestral pop-folk she elegantly crafts in Leelanau, her inaugural release on Oakland, CA's Antenna Farm Records. Citing influences ranging from the prints of artist Gwen Frostic, the books of Willa Cather, and the stark, childs-eye beauty of the Swedish film Let The Right One In, Falconberry finds lyrical inspiration in her idyllic childhood retreats to the Great Lakes State's Leelanau peninsula. The result is a set of eloquent verse reflecting upon the region to which she has returned almost every summer since she was born. "There is this general feeling of nostalgia, but the album is also about the triumphs of being a kid - a celebration of running on the beach or in the woods," Falconberry explains.