Reviews of Holiday Nights in Greenfield Village Dinner Package, 1940s Radio Hour at The Farmington Players Theatre, and A Little Night Music and Miracles in the Fall at The Performance Network Theatre in Ann Arbor

"Snazzy is as Snazzy Does!"
Gwen Joy is an artist who specializes in colorful folk art paintings.
Life experience is her subject matter which is translated in a lyrical/mythical fashion.
Follow Gwen's snazzy street reviews weekly here on Motorcityblog
Reach her directly at www.GwenJoy.com
December brings about many fun events every year and the Holiday Nights at Greenfield Village is not to be missed. The dinner package is a grand way to start the festivities or you can opt for a turn of the century christmas stroll around Greenfield Village. I recommend both. Tickets can be purchased online. Among the sights to take in around the majestic christmas wonderland are live musical performances by Christie Street Carolers, Main Street Carolers, Dodworth Saxhorn Band, Festival Singers, Neil Woodward, Picks & Sticks Stringband, Ranka Mulkern, Livonia Civic Chorus, Greenfield Carolers, Simply Dickens and the 1st Michigan Colonial Fife & Drum Corps, strolling folk dressed in period christmas garb, the ever popular Model T rides and carriages, a ice rink, and a jolly old fashioned Santa and his adorable live reindeer at the Robert Frost House. I think any child will relish seeing this wonderful event. There were vendors selling hot drinks, warm stews, christmas ornaments and greens, and festive holiday items. Freestanding fire pits provided warmth throughout the village. Many of the stores and homes, including the Ford House were decorated for Christmas. After our delightful stroll we ate our dinner at the rustic and elegant Eagle Tavern. Wait staff were dressed in period costumes and a vocal group entertained with christmas carols. The hearty and satisfying dinner started with squash soup, then a colonial dish of pork and apple pie (similar to pot pie). More delicious meat dishes, chicken with cherry sauce and prime rib, followed. Dinner and the evening ended with an interactive version of the twelve days of Christmas and a substantial gingebread cake with maple glaze and vanilla sauce.
I highly recommend checking out Greenfield Village's special events page. These events will be those special nights that stand out each year.

Another essential place to visit for a one of a kind nostalgic trip of fun is the Farmington Players Theatre. The theatre is a striking dairy barn that has been transformed into a comfortable and charming theatre venue. The play currently showing is The 1940s Radio Hour. This is showing until December 22nd. Before and after the play 1940s hors d'oeuvres ( I loved the cucumber sandwiches) and mocktails ( named a cocktail but really a non alcoholic beverage) were served by ladies dressed in WW11 uniforms. The play is utterly delightful. Loved the stage direction, unpredictable comedic moments, song selection, and live band. The audience was particularly taken with the witty commercial spots. A Nash automobile and a Chiquita Banana spot were delightful. What fun! Complete with sound effects. The first installment of  Charles Dickens' A Christmas Carol, Jingle Bells,  Rose of the Rio Grande, and  The Five O'clock whistle were program highlights.

A Little Night Music is a bitingly funny musical about the complexities of human love by Hugh Wheeler at the Performance Network Theatre until December 30th. The stage design was outstanding. Of the songs I was especially taken with "Send in the clowns." At this point in the play the audience connects deeply with the characters and the ironic nature of the song is profoundly brilliant. There are a lot of clever lines in this play as well, including "Only Solitaire requires honesty."Scott Crownover who plays the ridiculous moustached Count Carl-Magnus gives a utterly charismatic performance. In this role Crownover has inspired facial expressions and a superior sense of physical comedy. These were my favorite scenes in the play.

Miracles In The Fall is a play about religious faith, dealing with grief and making a transformation in life. Written by Chuck O'Connor the setting is Detroit in 1968. The great Detroit race riot, racial and religious tensions, St. Joe's church in Eastern Market Detroit, alcoholism, and baseball are referenced to great effect. The main character is a nun who by the end of the story falls in love with the progressive priest who is aiding her in her quest to repair her family and herself. I like that a lot is touched on in this play. The play was a one night event in a series called Fireside Festival of New Plays at The Performance Network Theatre. Visit http://www.performancenetwork.org/ for more information. 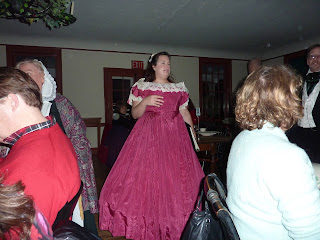 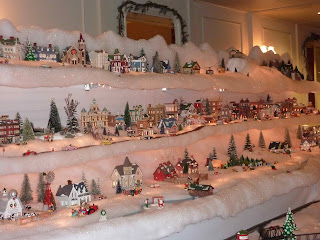 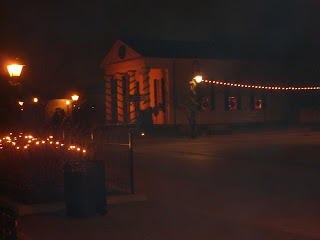 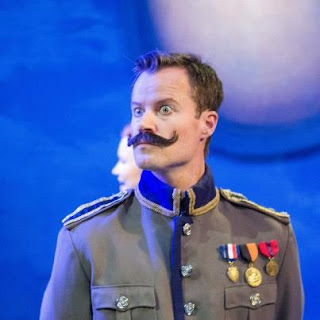 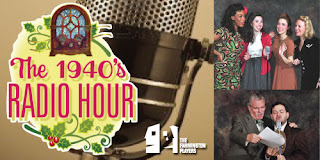