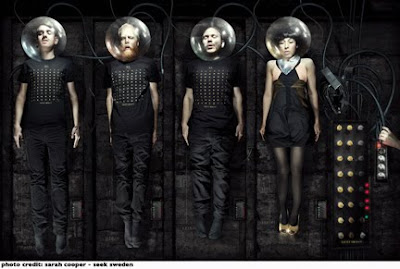 MCB has a fresh of the press copy for the 5th emailer
it feels like we havnt given anything away in forever
motorcityblog@earthlink.net
MCB will be covering this show and interviewing the band
Little Dragon release Machine Dreams
(Peacefrog, Oct. 20)
Check out Blinking Pigs mp3

Following the success of their 2007 self-titled record, Little Dragon have returned with the spectacular Machine Dreams, a poppy electronic epic that has already captivated Europe, and is poised to do the same here in the U.S. this fall, kicking off their very own headlining tour after a successful tour in May supporting TV On The Radio!

Hailing from the burgeoning electro-pop scene in Gothenburg, Sweeden, Little Dragon’s carefully crafted sophomore effort walks the line between experimental electro and giddy synth pop, with enough infectious hooks to push the band from quiet underground sensations into the mainstream. Recorded in their home city of Gothenburg, Machine Dreams is a gigantic leap on from previous material, but still maintains a distinct Little Dragon sound, straddling different denres touching on R&B, Soul, Jazz and Dancehall.