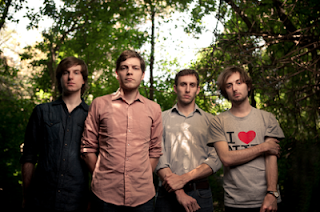 Over the last few years, Two Hours Traffic has earned a short list nomination for the Polaris Music Prize, come out on top at the East Coast Music Awards, landed over 30 TV show placements (Gossip Girl, 90210, The O.C., Without A Trace, One Tree Hill and more), graced magazine covers and toured across Canada and around the world. THT has sold over 12,500 albums worldwide and 15,000 digital singles in the U.S. alone.