With relative crowd funding from their Indigogo campaign met to supplement what Musician-singer for Friends of Dennis Wilson, Impresario-founder of the FiberGlass FreakOut, collector and restorer of the classic and vintage and now Filmmaker, Anthony Moran is already bringing into this production. I’ll let the man himself say a few words before we get to the interview with Robert.

“Independent American Pictures was founded in 2014 by myself Anthony Moran.  It consists of a small group of dedicated film lovers from Detroit, Michigan who have the experience and desire to make the ultimate "Vigilante" film.  Inspired by all of what we here at IAP consider classics such as, Death Wish, Rolling Thunder, Vigilante, and Ms.45.   The city of Detroit is unlike any city in the world!  Anyone who knows anything about Detroit knows that the city is rapidly changing.  Our goal is to encapsulate the grit and grime of the "Real Detroit" and use it as it the background to our film STRONG ARM;  a revenge thriller about a mentally troubled ex-Iraqi American war vet named Sgt. Ramsey, who returns to his hometown only to see it ravaged by violence, death, and drugs.  When Ramsey's sister gets killed by a group of local drug dealers & snuff filmmakers, he then unleashes all the anger contained within him, extracting revenge on his sister's killers.  There are no good guys in this film.  In Strong Arm the dirt is so deep, that no one is clean.  In order to fight well, you have to play dirty. Ramsey is prepared and willing to do what it takes and more to avenge his sister's death.” 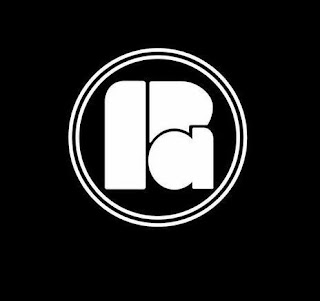 MCB: Hey Robert. Thanks for sitting down with MOTORCITYBLOG for a chat. You've been a familiar face in the Detroit Music community for a number of years with your own bands, most notably PAIK and your current steady DARK RED. You’ve also been an accomplice in some long running institutions like The Detroit Cobras. During what period did you play with them and did you get on any recordings?

RS: I played with the Cobras from 2000-2001. I was on bits of the second album and we had “Shout Bama Lama” on the “Sympathetic Sounds of Detroit” compilation.

MCB: Your pre-Garage Boom band PAIK is seen as a progenitor to the Space Rock and ShoeGaze scene around here. In the mid '90's was there much of a peer group for you or were you pretty much in true innovative Detroit fashion an anomaly amongst the bands?

RS: We brought PAIK here in ‘99 and at that time the Garage thing was getting so big there really weren't any local bands aside from Windy and Carl that were doing Space Rock.

RS: Actually we only opened for Sonic Youth in Boston, which was still incredible. Meeting your heroes and having them be extremely nice is always a great feeling. We did tour with BMRC a few times and went out with Stephen Malkmus. Those were definitely very memorable tours.

MCB: In the upcoming independent film, STRONG ARM, you are playing what is described as the Main Antagonist in this vigilante tale. Chris Turner, drummer in DARK RED, also is acting along you as a henchman of sorts. What do you think Anthony Moran saw in you for the part?

RS: Since Tony is making a film that looks like it could be from the ‘70's, he liked the look we have that could be easily described as "retro".

MCB: What made you want to take on the character ?

MCB: This isn't your first appearance in a film. You also had a part in the feature, TO KILL THE IRISHMAN.  How did that come about ?

RS: My friend Dave Krieger was working on that film and got me involved.

MCB: Abel Ferrera at one point also asked you to be in a film. That's pretty interesting company to keep...

RS: Yeah, when he was filming Game of Death here I was almost hired to play one of the assassins. Apparently he has a very volatile personality and was eventually booted off the project. 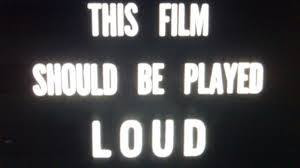 Even though the crowd funding campaign for this film is officially closed and will be made by Whatever Means Necessary, any independent effort truly is that. It’s own island. Please consider making a donation directly to the filmmakers.