If you are looking for a nice evening of music head on out to The Ark tonight in A2 and check out this show featuring Rachael Yamagata and HEMMING!

Rachael Yamagata is playing The Ark in Ann Arbor on Tuesday, October 7th. This tour will include career-spanning sets with the premiere of new songs from her forthcoming album due out in early 2015.
Touted by NPR as having "a guts and a sexiness to her," Rachael has been compared to Bonnie Raitt, Rufus Wainwright, and Ryan Adams (who she's also toured with, coincidentally) - but the new production territory may call in hints of Mazzy Star and Cat Power, as well, with new elements of mellotrons, rain splattering on metal and even French translated letters....
She’s opened for David Gray solo at Madison Square Garden, has been the guest of Pete Townsend’s In the Attic Series, and shared the stage at Carnegie Hall with R.E.M. and Patti Smith.
She also loves hot sauce and animals (not together), and studies accounting in the mornings at the gym - so is definitely your renaissance woman.
www.rachaelyamagata.com 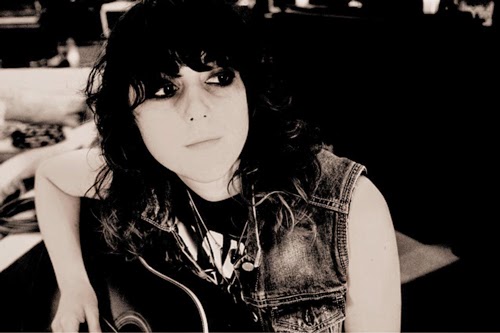 Touring with Rachael is Philadelphia’s Candice Martello, who writes and records as Hemming and has released her very first video for her song “Hard on MySelf” via Speakers in Code. The song is currently available on the Linda Perry Project Season One EP on iTunes.
Hemming, is the newest protégé’ of superstar songwriter and producer Linda Perry and the winner of Perry's VH1 Show, Make or Break : The Linda Perry Project, a show developed by Perry as an antithesis to music competition shows. Candice Martello (Hemming), initially joined the show mid-season as one half of Philadelphia based punk band Omar with drummer Nick Fanelli, but caught Perry's attention for her solo work.  Candice remained on the show developing her solo work which lead to a recording contract with Perry’s Custard Records.
“This is one of my most proudest moments. When making any record a producer has a list of things you hope a artist brings to the studio, “ says Perry.  “Songs that are strong even without the bells and whistles. They are just good all on their own. Raw honest emotion, the kind of emotion that this industry was once built on. A voice you can believe. Creativity, talent and musicianship, and A Star.  When they walk into the room they are a star. When they sing each line you feel it believe it want to embrace it curl up next to it and hold on each breath til the end of time, because they are a Star you want to follow. Hemming is all of it!  I know she will prove to be much more.”
Hemming will be releasing her first full length album on Custard Records in the Spring of 2015 and  is currently on tour with Rachel Yamagata. “This album has been years in the making for me.” says Martello,  “Linda knew how much these songs meant to me and really brought them to life. I'm very proud of what we have created together and can't wait for the world to hear it.”
HEMMING
www.hemmingmusic.com