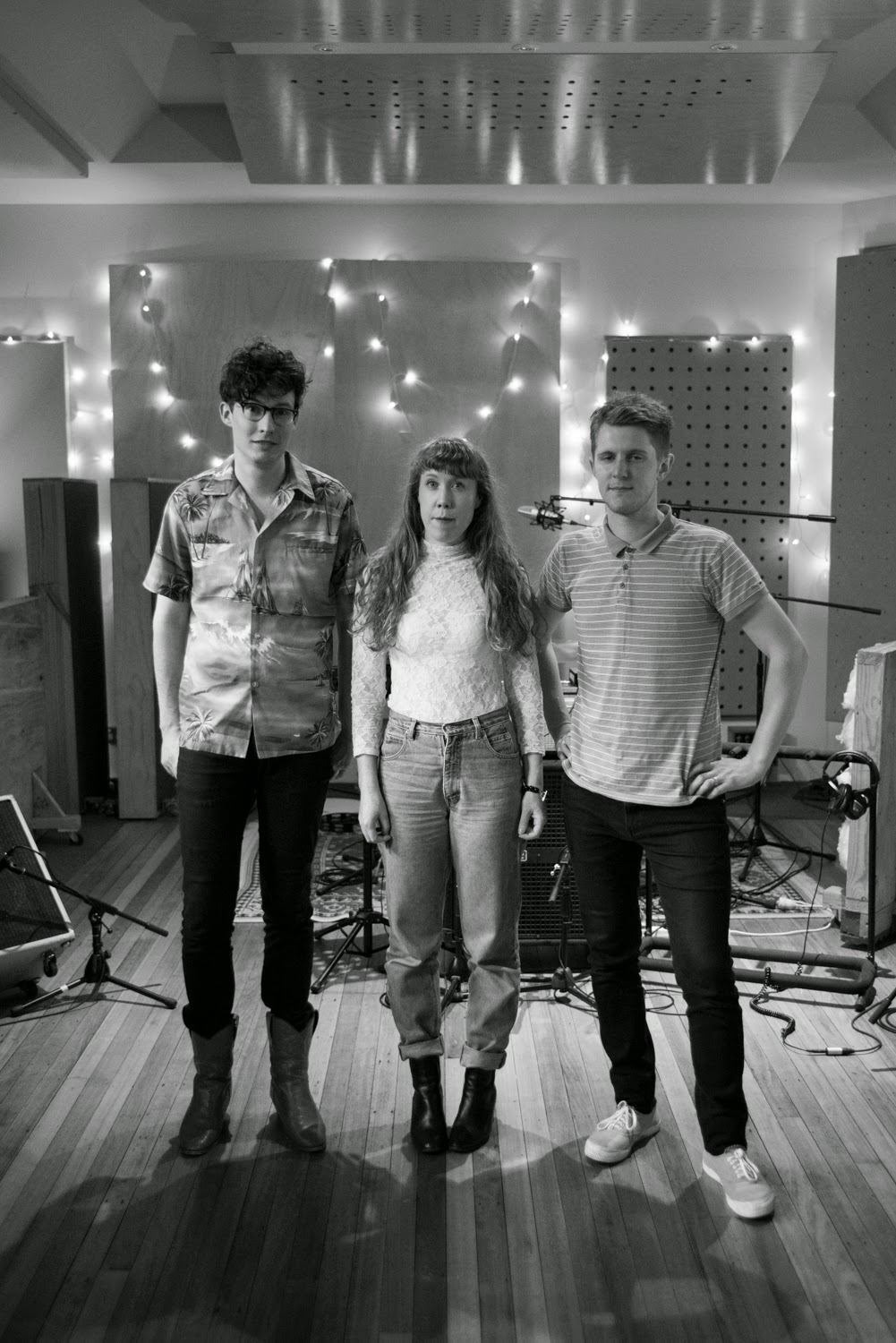 Australia is a long way from the motor city, but when music is as good as Heart Beach it deserves some local attention.

Band members Jonathon McCarthy (guitar / vocals), Claire Jansen (bass / vocals) and Christopher Wessing (drums / guitar / drum machine) formed Heart Beach in their hometown of Hobart, Tasmania in 2013. Since then the trio has released a number of singles and have been featured on compilations put out by local record labels, Rough Skies Records and Wrong Place (Right Time) Records. “Away” was recorded at Head Gap Studios in Melbourne in December 2014. Recently Everett True (Collapse Board, Plan B) had this to say about Heart Beach:

My press release didn't credit this quote describing them, but I would say it's a perfect description....“this music, this Heart Beach, is anything but difficult to get into: scintillating shimmering shivering girl-pop pop harmonies, slightly abrasive but only cos they refuse to add the fifth spoon, slightly sparse just so you can recall what a glorious moment in time that first Breeders album was, slightly sexy because all great music is slightly sexy. Melodies and songs and words to immediately love and immediately forget.”

Heart Beach is set to release their debut self-titled full length on March 20, 2015. Let's hope a US tour including Detroit follows.