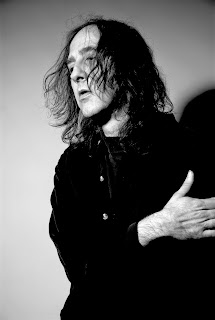 What This Town Needs Is A Good $5 Show!

EMAIL MOTORCITYBLOG@EARTHLINK.NET FOR YOU CHANCE TO WIN

Jazz Cafe is proud to announce an evening of Detroit Power Pop with the legendary Troy Gregory fronted band, The Witches and eccentric singer songwriter's Ken Stanley and His Loud Band, featuring an evening amped up hooks and excellent songwriting, Thursday, February 26th doors at  8 PM

Troy Gregory has made his mark on the Detroit musical landscape by being one of the most versatile musicians working having spent hitches in The Dirtbombs, Prong, The Swans, Killing Joke and the late, Kim Fowley.

The Witches are Gregory's go-to defacto home band though, where elements of Big Star mesh with BritPop sensibilities to create pure Power Pop for picky people.

Ken's Loud Band - Wyandotte native and former "Only A Mother" singer songwriter Ken Stanley's self proclaimed Loud Band- which includes another OAM member, drummer extraordinaire, Doug Gourlay are similarly endowed with a 70's Rock sensibility like The Witches. The touchstone is the 70's-the length and width of it, from Post-psychedelic to Glam to Punk and everything else that seemed to help shape Rock's greatest decade- add the post-ironic lyrics and Ken Stanley and his Loud Band seems to be some great lost band that we all should have heard of, but somehow never were. Add to that, the decidedly artful lo-fi home recordings almost make it seem that these are really from some weird parallel Rock Universe.