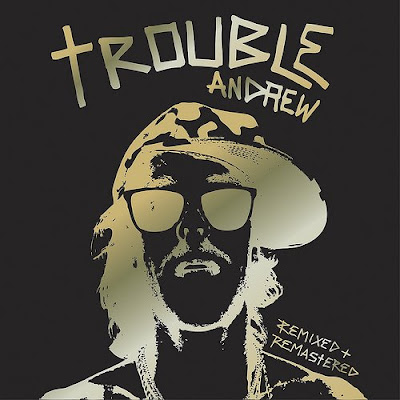 LOOK OUT MUSIC WORLD! HERE COMES TROUBLE!
PROFESSIONAL SNOWBOARDER & OLYMPIC ATHLETE
TROUBLE ANDREW TO RE-RELEASE DEBUT ALBUM
Trevor Andrew is already internationally recognized as one of the world’s top snowboarders with two Olympic Games and numerous World Cup wins under his belt. And, now, Trevor – a.k.a. Trouble Andrew – is about to conquer the world of music with his debut Trouble Andrew on Virgin Records, which was produced by John Hill/Shitake Monkey (Santogold, Lykke Li) and mixed by Mark Needham (The Killers).
Trouble Andrew is a remixed and remastered edition of his self-released 2007 CD of the same name (previously available only via iTunes) with underground hit “Chase Money” and the addition of one newly recorded song, “What’s So Strange About Me.” Like most rock stars, Trouble was a rebel and dropped out of high school at age 15 to live his dream -- literally a pipe dream for a kid coming from the relatively flat Nova Scotia. He is no stranger to the rock star life of winning contests, signing endorsement deals (Burton Snowboards and Oakley to name a few), and gaining rabid fans around the world. He has inspired a generation of snowboard kids with his original freestyle riding and unique signature snowboards and outerwear that have always represented the skateboarding, punk rock, hip-hop, and pop influences of his youth. Trouble’s music tells a similar story with its dark, hard hitting grinding bass and synths and sk8rock guitar riffs and witty and sexually charged lyrics.
"Chase Money" Video
One such track is the playful, fast-paced, boasting track that makes the listener feel good to be bad “Bang Bang” featuring Trouble’s fiancé Santi White, better known as Santogold. “She encouraged me to do music,” says Trouble, who began his professional snowboarding career at age 15, but didn’t write his first song until he broke his knee in 2005. “I was recovering from a snowboarding injury and she bought me a 4-track recorder, a Gibson guitar, and a Peavey amp to play around on because she saw me taking an interest.”
After nine months of rehab and a full recovery, the professional snowboarder-turned-musician had Trouble Andrew recorded, a four-piece band, and a whole new sound behind him. That new sound is an amalgamation of the punk, rock, hip-hop, sk8, surf, and snowboard cultures he grew up on. The end result is a poppy electro sk8 punk music with fist pumping anthems, rump-shaking melodies, and sing-along hooks. “It’s like crunkrock pop,” says Trouble. 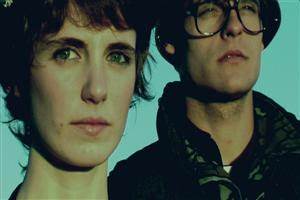 DOWNLOAD "RIVER OF DIRT" FROM LITTLE HELLS
Little Hells is out March 3 on Kemado Records....Pre-order the album HERE.
www.marissanadler.com
www.myspace.com/songsoftheend

Coincidence has been kind to Joseph King. What started as a seed planted in his native Austin, Texas, has transformed under New York City's bright lights, and all the possibility they represent, into something truly impressive. Through a series of chance encounters in the basement clubs of the Lower East Side and the West Village, an assembly of musicians have banded together with King to form Deadbeat Darling.
The quartet's forthcoming debut, May's Weight of Wandering, brims with spindly, anxious rock powdered by the sort of romance and melodrama best delivered in a cavernous arena. And with a string of sold out shows across Manhattan and Brooklyn, and a run of big-ticket Bowery Ballroom gigs closing out 2008, King and company don't seem that far off.
The first single from Wandering, "Without A Trace", is due soon, and will be celebrated with a release party at Mercury Lounge in New York this Friday.
MP3: Without a Trace 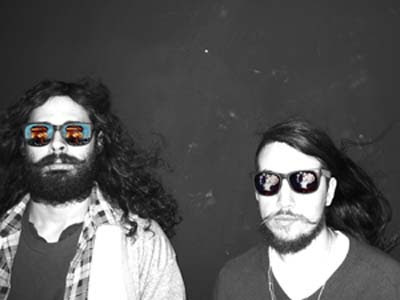 FREE COPY OF THE LATEST CD to the 1st emailer
motorcityblog@earthlink.net
ChildrenHard Times Hanging At The End Of The World
New York City’s Children are about to deliver an
electric shock to the world of contemporary metal.
Their debut, Hard Times Hanging At The End Of The World, ripples with speed, precision, and a visceral intensity that is seldom seen in any genre of music these days.The trio, guitarists Skyler Spohn, Jonny Ollsin (formerly of Vancouver’s S.T.R.E.E.T.S.), and drummer Adam Bennati (of Early Man) put out their first release in early 2008, the 12” single for “Death Tribe.” However, it’s Hard Times that showcases the band in its fully realized form. The band has crafted a set of meticulous compositions, including several marathon-length tracks that stretch past the seven minute mark. Even when Ollsin isn’t wielding his throaty growl like a weapon, the band’s instrumental passages are so lyrical that they paint vivid pictures themselves.Album opener “Advance Mind Control” begins with the drone of a lone, ominous, outer-space synth before the full band simultaneously launches into attack mode.
Spohn and Ollsin’s guitars kicks off their dynamic, album-long duel while Bennati catapults into a propulsive groove. The band steadily charges forward without looking back. Eventually, the track slows down in its final two minutes to morph into an epic ending, anchored by Bennati’s stomping caveman beats. The energy then immediately shoots back to a fever pitch with the breakneck fury of second track “Nuclear Bummer.” It isn’t until “H.T.H.A.T.E.O.T.W.” that you truly get a chance to catch your breath. The song’s Spanish flavored acoustic guitars concoct the album’s most calm and mystical moments.
But by the time the cacophonous final moments of album closer “Time is the Living” arrive, Children will have inspired chin-stroking admiration while melting all the faces in the room. 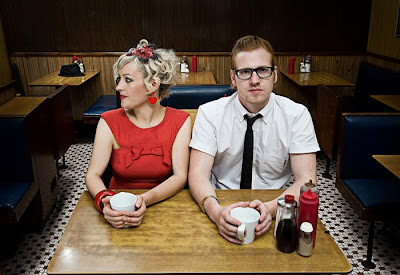