This interactive exhibit lets fans explore the ‘Star Trek’ universe hands-on with attractions, sets, costumes and props from 5 TV series and 10 feature films.
STAR TREK THE EXHIBITION made its Midwest debut at the Detroit Science Center on Feb. 14, 2009, for a limited engagement. This multi-city touring exhibition contains the world’s most comprehensive collection of authentic Star Trek ships, set re-creations, costumes and props from 5 television series and 10 films over the last 40+ years.
This unparalleled experience enables the public to step inside the Star Trek universe and become active participants in the legacy that has captivated our imagination for generations. Whether it is sitting on a recreation of the original U.S.S. Enterprise bridge or traveling through space on motion simulators, STAR TREK THE EXHIBITION fully immerses visitors in the legendary television adventure that has become synonymous with scientific innovation and ingenuity.
Highlights of STAR TREK THE EXHIBITION include:
• A detailed recreation of the bridge from the USS Enterprise NCC-1701 as featured in the original Star Trek television series. Visitors can stand on the Enterprise bridge
and have their photo taken.
• Re-creations of original sets from Star Trek: The Next Generation, including Captain Picard’s quarters and command chair.
• A chance to ride through a Star Trek adventure in a full-motion flight simulator.
• A full-scale recreation of the Transporter Room from Star Trek: The Next Generation.
For more information call 313.577.8400.
Photography is not allowed in the exhibition. 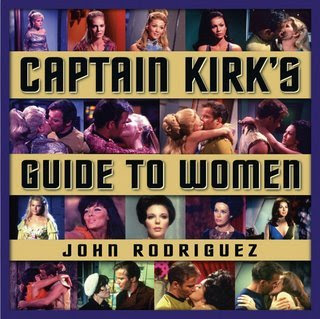 I have always thought STAR TREK
was one of the coolest shows ever made
Maybe it was because it was the 1st of its kind
and it was put out by a fledgling studio called Desilu
(owned by Ricky and Lucy)
As someone who has been named Kirk most of my life
I have heard every Captain Kirk joke and reference you could think of over the years.
James T Kirk was a pretty cool dude until he starting smoking space dust - wearing wigs - producing silly records and being the class A dork he has turned into nowadays hocking cheap hotel rooms and stuff
Click on the pic above and see how you can score
with all the hot ladys in the universe just like
our pal use to do back in the day
Posted up by DIETROIT on 25.2.09