PHOTOS: The Readies ~ The Sugarcoats ~ Scarlet Oaks by Andrew Didorosi

Editor's Choice of Shot of the Night 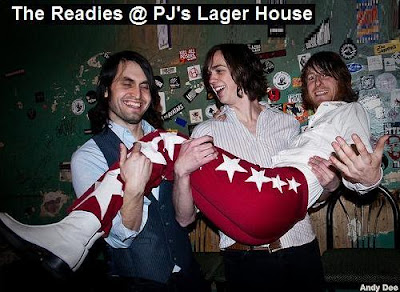 "I went for a film look on the Readies shots, because they really brought
some vintage flavor and it only seemed right." - Andrew Didorosi/MCB


The Sugarcoats really turned it up a notch

"This past Friday, The Lager demonstrated exactly what it means to be a part of the Detroit rock scene. The night opened with The Scarlet Oaks, who after a slow opening, found their courage and blasted a few solid tracks.
Headlining after a 5-month hiatus, The Readies hit the stage with their own blend of vintage with a strong, established presence; very impressive considering they've been together for under a year total.
The true stars of the night were The Sugarcoats, who stole the show with just a couple stunning hooks and a furious beat.
A great night for local rock." -Andy Didorosi / MCB
Andrew Didorosi runs TeamDLux, a racing garage here in Dietroit
He also shoots for MCB
See more from Andrew at www.teamdlux.com