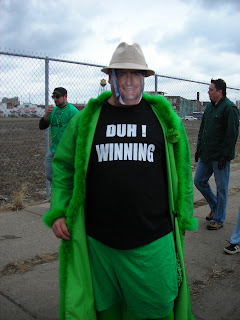 I'm so glad this parade doesn't take itself too seriously. This year I watched the parade from in front of the old Tiger Stadium site, which kept me away from some of the more obnoxious drunks that would be bottle-necking the sidewalks in front of the bars. 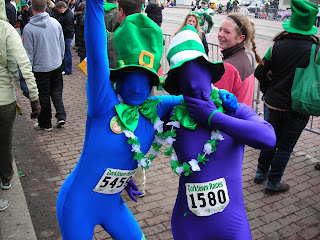 As every year, the parade is preceded by a 5K run. I don't who crossed the finish line first, but I declare these two the winners. 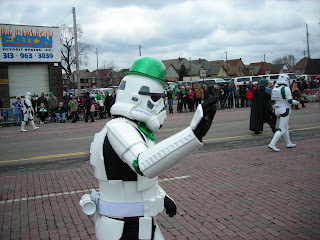 This year the parade didn't have the DeLorean club, but it did have the Star Wars uber-fan club. 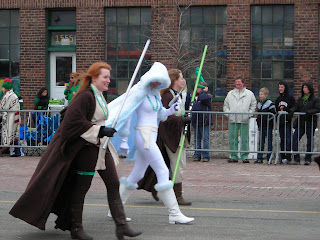 Hey Queen Amidala, if they have cellphone service on Naboo, call me some time.

The Detroit Party Marching Band was there. Not part of the official parade, because they prefer to surprise people, which is also how I prefer to enjoy them.

Once again, I had the privilege to be invited to an after-party hosted by Jerry and Mary of Loveland and Imagination Station. 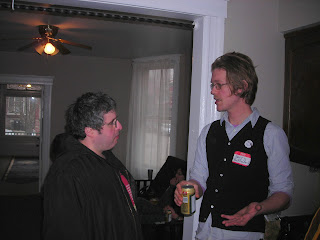 Aside from getting much drunker than I expected, I also got to hear Steve-O and Jerry discuss the merits of a Robocop statue in a frank, respectful, and rational tone. Something that's been absent from some of the more rabid detractors online.
Posted up by Detroit Area Dork on 14.3.11