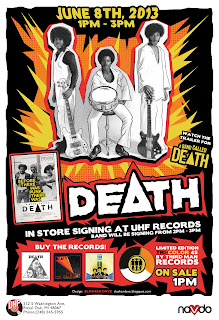 There will be copies of DEATH LP's released on Drag City Records available to purchase.

We will be screening the trailer for the "A Band Called Death" documentary coming this June from Drafthouse Films! We will have some enter to win prize packs with passes to see the film later in June!


A BAND CALLED DEATH [Trailer] from Drafthouse Films on Vimeo.

ALSO, being released exclusively at UHF on the same day, Third Man Records will be issuing a Tri-Color Version of their new previously unreleased 7" single from ROCKFIRE FUNK EXPRESS (which happens to be an early version of DEATH from 1973).The Tri-Colors will be Limited to 1 per customer and no advance holds! 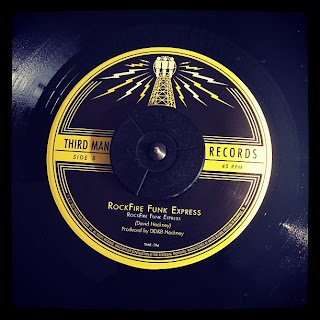 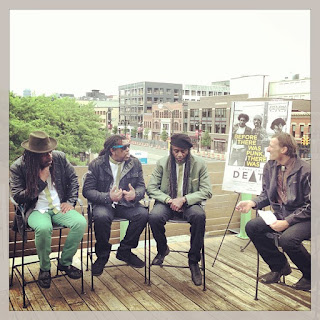 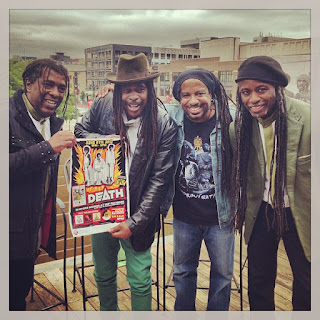 photos courtesy of Navdo
Posted up by Chris Vertigo on 7.6.13