Metric at The Fillmore 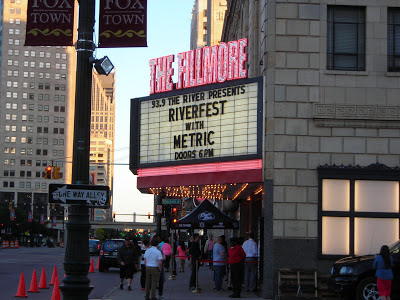 Metric made a tour stop in Detroit, and it was part of local radio station 93.9's "Riverfest" at the Fillmore. Shows here start earlier then I'm used to, and are rarely late, so Family of the Year was the only opening act I saw. Their music is sickeningly oversweet, intending to be so nice that even your grandmother would like it. "You bring the ocean / I bring emotion / together we make a love potion / you bring the ocean / I bring emotion / dancing all night in slow motion". The only noteworthy thing to happen in that performance was when the drummer gave his tambourines away to people in the crowd. I hope the band has a big tambourine budget. 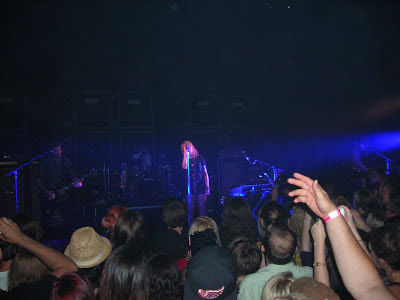 Metric took the stage and opened with Artificial Nocturne, the first track from their most recent album. I'm so glad that their new stuff is as good their old stuff. There have been situations where I'd be willing to pay more for a concert just so that I didn't have to hear any awful new material. 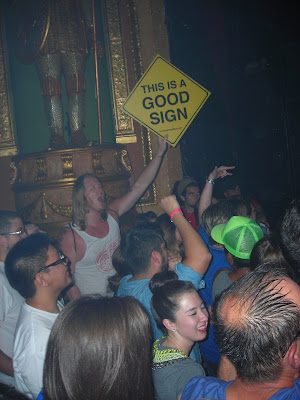 Greg the Giant Surfer was there holding up his "This Is A Good Sign" sign. I remember him holding up that sign at the Rustbelt Market during the Ferndale Blowout. I guess that's kind of his thing. Wouldn't the good vibes that sign is supposed to give off be more needed at a place like Detroit City Council meetings? Everyone at a big concert is already in a good mood. (Also, his real name might be Kevin) 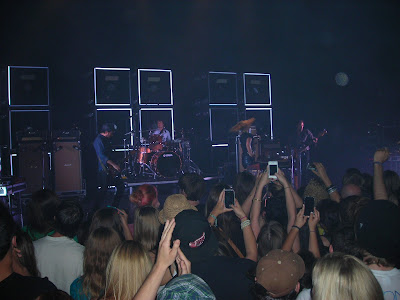 The lowest point of the night was having to stand near some Jersey Shore reject. His incessant fist pumping resulted in bringing his elbow down on some poor girl's head. 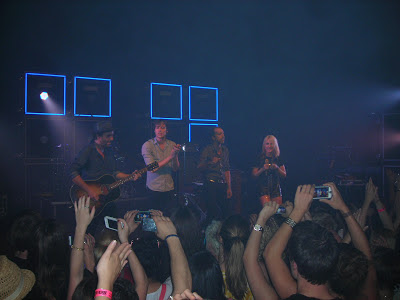 Every song Metric did sounded crisp and clear. So crisp you might have thought there was lip-synching going on. After leaving the stage the band came back after just a minute for an encore. The performance ended with the acoustic version of Gimme Sympathy. It was just the right song to end everything with a mellow feeling. 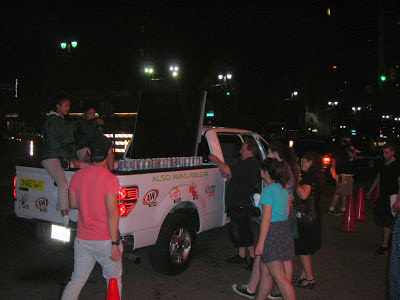 Outside people were giving away cans of 10 calorie 7-UP. It tasted sickeningly oversweet, and made me immediately think of Family of the Year.

I'm a dork, I live in the Detroit area, and sometimes I take blurry photos on an outdated camera
Posted up by Detroit Area Dork on 25.6.13