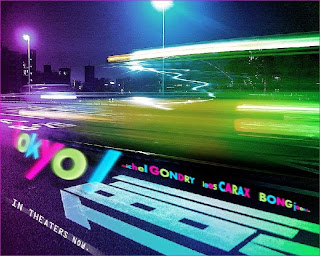 These three imaginative and generally fantastic short tales are set in a teeming modern Tokyo, and were written and directed by three of today's most visionary filmmakers. Interior Design by Michel Gondry (Eternal Sunshine of the Spotless Mind) is the story of a young man and woman living in a cramped Tokyo apartment; their typical squabbles become far less typical, however, when she begins turning into a chair. In Merde by France's Leos Carax (Lovers on the Bridge), a strange, distorted, human-like figure emerges from the sewers to wreak havoc on an unsuspecting city, until he is caught and placed on trial for his crimes.
From South Korea's Bong Joon-ho (The Host) comes Shaking Tokyo, a portrait of a man obsessed with an utterly private existence, until a pizza delivery girl rocks his world - literally. A feast for the eyes and the imagination, Tokyo! may well be the cinematic trip of the year.
In Japanese and French with English subtitles. (112 min.)