MCB is providing coverage for the upcoming Lady Gaga show

and will be guest blogging on MCB 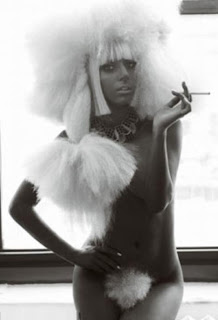 “Fame, it’s not your brain,


The voice of David Bowie on my cell phone wakes me up and I realize that I had been asleep for over a half hour now at my table at Fitzgerald’s Pub down the street from the Carlton Arms Hotel in New York City.

I check my messages: one from –jr (“You’re a waste!”), and one from the head honcho at MOTORCITYBLOG back in Michigan.

It turns out that the Lady Gaga/Semi Precious Weapons show that I have to cover in January has changed venues. The shows previously booked at the Fox Theater on January 12th and 13th have been moved to the Joe Louis Arena.

I swallow a Xanax and google Semi Precious Weapons even though I have heard them mentioned around Brooklyn, but live music generally stresses me out. Rolling Stone calls them “Adam Ant, Marc Bolan, and Ziggy Stardust singing lead on ‘Back in Black’,” while Spin.com offers that they “looked and sounded like the Sex Pistols emerging from Warhol’s Factory scene.” Okay, well that kind of gets my attention, and that’s a feat considering I ate two Klonopin’s while searching the internet.

I hop over to Ebay and purchase a black eye patch for the show because all I want to do is fit in. So, I guess, keep your eyes peeled for my upcoming expose on Semi Precious Weapons, Lady Gaga, and a photo essay on the crowd. Shows rarely feel like events anymore so I will bite the bullet and head over to Joe Louis Arena and see what this is all about. Rock and Roll.

From the Iceman Commeth, 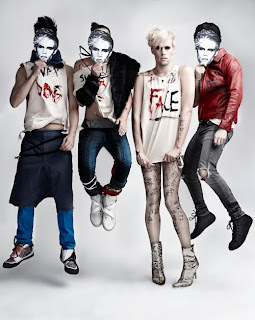 check out a free mp3 from SPW here


JANUARY 12 & 13 CONCERTS
TO NOW BE HELD AT JOE LOUIS ARENA
Lady Gaga has hit the road with her new, MASSIVE live show.

The scale of the show production is now too large to be accommodated at The Fox Theatre.
Rather than scale back the show's production in Detroit,
they will now be played at Joe Louis Arena
where fans will experience the concerts staged in full.

All ticket holders for the Fox Theatre shows
must obtain new tickets for the Joe Louis Arena shows. .


* Fans who purchased their Fox Theatre show(s) tickets at a Ticketmaster outlet
or at the Fox Theatre box office must bring their tickets to the point of purchase
to obtain a refund or exchange for Joe Louis Arena show(s) tickets.


* For any Fox Theatre ticket holder questions,
please call Ticketmaster Customer Service at 1-800-653-8000
or contact them online at: www.ticketmaster.com/h/asktm.html


* A Limited number of new ticket inventory
for both January 12 & 13 Lady Gaga concerts at Joe Louis Arena
will go on sale to the general public at 5pm Tuesday December 29.