In the not-too-distant future, this February 19th...
Cinematic Titanic at the Royal Oak Music Theater

To this day, my all-time favorite teevee show of all time is Mystery Science Theater 3000. For those not in the know: to keep it brief, the conceit of MST3K is that a man and his robot buddies are trapped on the Satellite of Love, and are forced (by mad scientists, no less) to watch some of the worst movies ever made, to test the limits of human endurance. The cast-aways make the experience tolerable by riffing on the movie from beginning to end (with breaks in between for sketches).

If you haven't seen the original show, or just need more silliness in your life, Hulu has five classic episodes currently available. Click the globe!

After hopping around at least three channels, the show, sadly, gave up the ghost. The good news, though, is that the original cast(s) split into two different troupes, giving us twice the opportunities... for hilaaaaarity.

On the one hand, Mike Nelson, Kevin "Tom Servo" Murphy, Bill "Crow 2.0" Corbett and the occasional guest riffer bring us Rifftrax. Rifftrax had the brilliant idea of releasing audiotracks only of more current movies, to avoid the high costs of movie rights. The end user simply syncs the downloaded audiotrack to his own DVD of the flick -- and believe me, this is the ONLY way that "Indiana Jones and the Kingdom of the Crystal Skull" is bearable.

Now is not the time for a Kirk vs. Picard debate. We can love them both.

This summer, I had the absurd pleasure of seeing the Rifftrax crew do a live-riffing simulcast: they were in Tennessee, we were in Livonia (and around the country), we all fell in love once again with "Plan 9 From Outer Space."

This winter, Detroit gets the real deal with the full Cinematic Titanic live experience for TWO SHOWS:

Perfect Valentine's Day Present? Something to keep yourself from slitting your wrists in the middle of the fucking misery that is the month of February? You decide. Tickets go on sale Friday, December 11 at 5 PM. 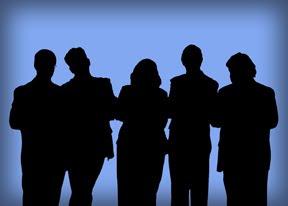