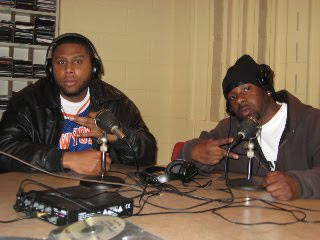 The D.U.B. Camp is a group that consists of Bluman, Byza, Killa Ru and Fats from Romulus, MI. a city known more for Metro Airport then hip-hop but Camp Life Entertainment‘s D.U.B. Camp are trying to change the view that Rom-Town is more than just air planes. Each crew member brings a different perspective to the track. With four members, their tracks are like one song blended together so its sounds like four tracks in one. Fats Explains, “I’m the most inspired when I'm around my crew, I think God put us on the same team because we're all really competitive people.”

Over the years, they have put out many solo releases; together they have put out “Da Camp Is Here” and “The Thrill of Victory Mix tape”. On the 16th of March Fats just dropped his album “The Network” then on April 20th Bluman will release "The New Beginning”. The Camp has no intentions of slowing down with more releases to follow this year. Production duties are handled by Fats and KIDD (BG/Tone Tone) has done production work with them in the past. “Locally, I would say everybody out here is really grinding and putting out quality music, we’re here to contribute in making Detroit music” Bluman. concludes. Visit www.camplifeent.com