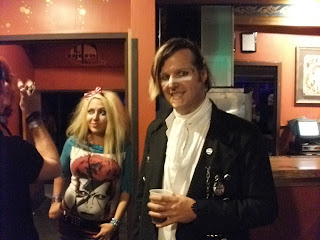 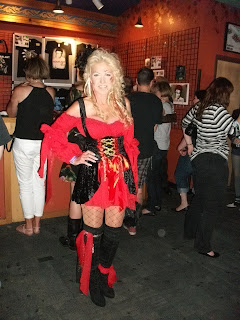 Adam Ant, Post-Punk genius and Pop/New Wave artist, best known for his late 70’s-early 80’s music, tore up the stage at the historic Ogden Theatre in Denver, CO.  Kicked off in San Diego, his most expansive North American tour since 1995 is to promote ‘Adam Ant is the Blue Black Hussar in Marrying the Gunner’s Daughter’ and follows on the heels of his successful European tour.

The latest album is a flagellant, intimate expose
of the singer/songwriter’s demons
both personal and professional.

While the album itself may have garnered mixed reviews, the live show is a raucous adventure spanning legendary hits and modern, introspective punk-ballads.  Adam hasn't lost his flair with signature nautical regalia and clean, powerful vocals. 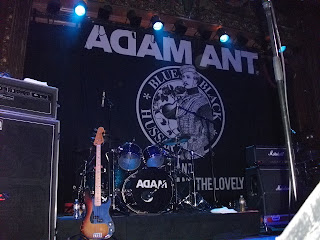 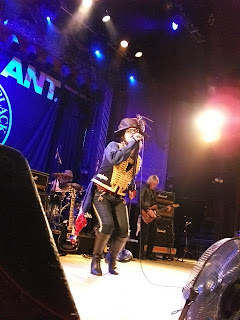 The Good, the Mad and the Lovely Posse
stomp out an explosive performance
set to rocket Adam back to the top.

‘Marrying the Gunnner’s Daughter’ may have seemed a brooding opening to a brilliant set-list but there is no denying the energy and grace which flowed from the stage and set the crowd raving for more.  The packed house showed a strong mix of old-school fans and youthful hipsters all bathing in the charismatic presence of one of the U.K.’s best.   Adam shot about the stage and threw down his signature moves to woo the crowd and entice them to his world.

Overall a great live concert and one I wish I could experience again when he hits Detroit’s own Cathedral Theatre on August 27th 2013. - TracyK 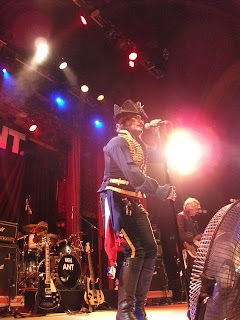 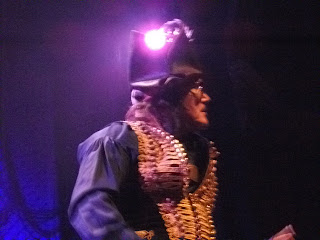 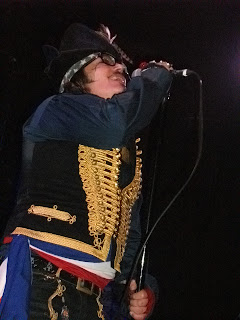 If your lucky you can still get ticket to the 8/27 Detroit show
check here at The Crofoot website
http://thecrofoot.com/events/2165.html 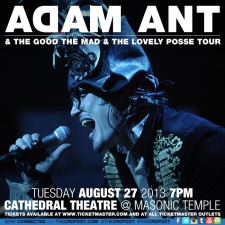