This Friday at the Magic Bag in Ferndale, Ryan D. and the boys hit the stage in support of a very special 45 released by New Fortune Records. The record features recordings the band made before the passing of Michael Millman- the bass player and founding member of the Miracle Men.
Also on the bill is Dutch Pink, Oak Bones and John Freeman. $10 cover for 18 and up includes a digital download from each of the four acts. 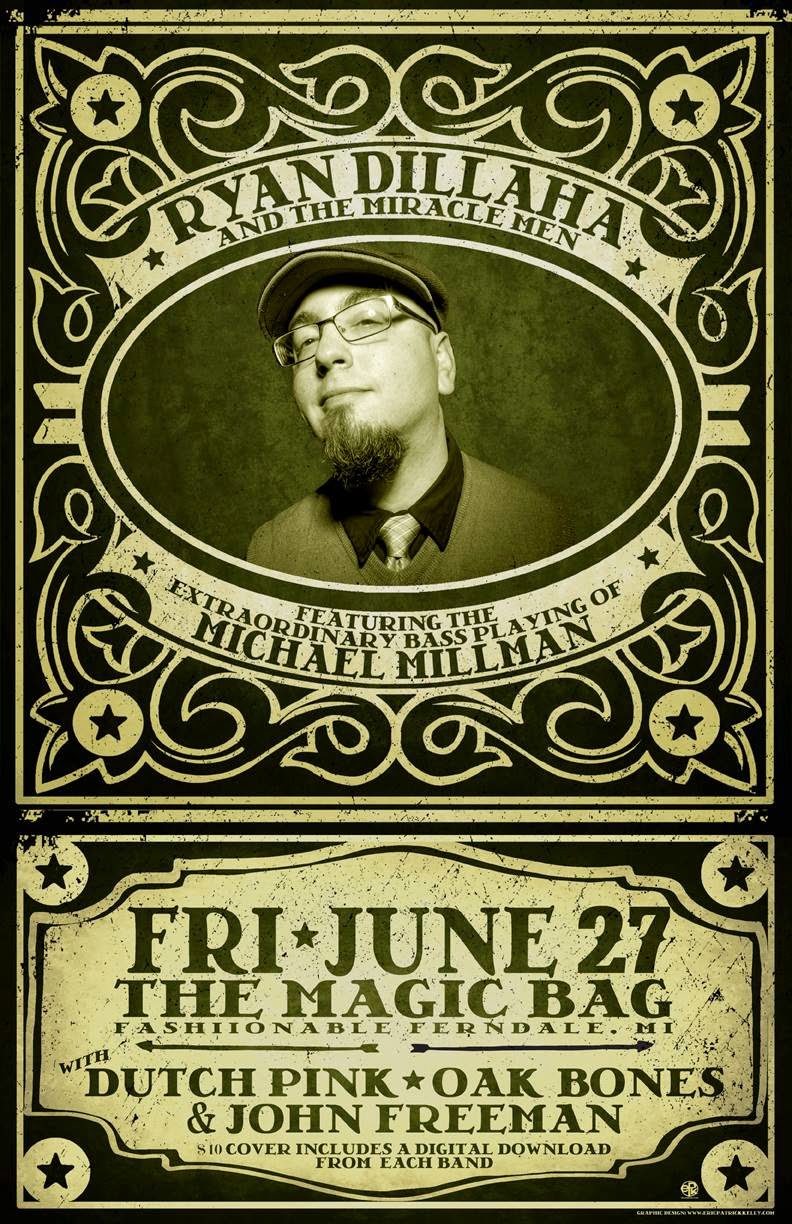 If you don't mind me adding a personal note to this post, I must say its been difficult to look at this poster so often anticipating this show. In my journalistic duties at MCB I certainly haven't had to write on a subject that pulls at my heart strings so dramatically as Mikey Millman was a very close and dear friend- a friend I confided in every day for the better part of the short few years I knew him. He was a great listener and sincere in conversation. He was honest and sometimes humorously crass, a humanitarian and worldly. Mike not being much of a drinker, I laugh having the memory of the time I actually had some beers with him at New Way Bar- he burped something fierce from it. He left many devastated from his passing but it's closely followed with some memory to smile about so I'll consider that his gift of still being around.