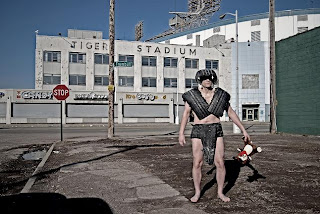 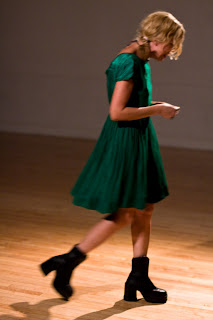 Free and Open to Public with RSVP
Cash concession for food and beverages available Cash Valet at John R Door
The success of previous FMCA events staged in the permanent collection galleries, performance artist Melanie Manos joins Becky Hart to curate a series of three performances staged in the contemporary galleries.
This evening features regional artists recognized internationally for their excellence in performance art. Guests can wander the galleries throughout the evening to observe the various living works. An anthology of performances by artists with Detroit connections will be screened in Rivera Court.
The video exhibition Action Reaction will be open in the Rivera Galleries.
Sponsored by Molly and Mark Valade Three Artist Performances Amanda Krugliak
I AM RUNNING and SWOON AND DRENCH
PerformanceAmanda Krugliak
The collection of monologues "Swoon and Drench,"
represents a time of tremendous change and transition.
Being thrown off balance, off the beam, forces us to see things in a new way, and perhaps be reconstituted in the process.
In the signature performance piece "I Am Running," Krugliak takes the audience on a well-worn path from childhood relays around the block to returning to a college town in the middle of her life, with no assurance as to what lies ahead. The work leads us to the completely outrageous and unexpected in an uncanny reveal, and as Krugliak literally runs in place for the duration, versions of self past and future seem to be gaining momentum right over her shoulder.
Danielle Abrams AFTER BEFORE THE FALL Performance
Danielle Abrams Danielle Abrams is New York-based African-American and white Jewish artist who performs Borscht Belt "schtick" wearing a tuxedo and a mask of borscht. Eleanor Antin is a California-based artist who in 1979 performed as a Eleanora Antinova, a dancer in Diaghilev's Ballet Russes, who wore brown-skin makeup and a leotard. For After Before, Abrams has struck up a conversation with Antin to guide her re-performance of Antin's revolutionary work. Abrams will recall Antinova's position in the Ballet Russes as a "Black face in a snowbank."
Like Antin, Abrams raises the barre in awareness about racial taboos in the history of Western culture. Although Abrams and Antin are distanced by the stretch of America, and their performances span three decades, the artists both enact personae in historical genres as a means to resist social hierarchies in the contemporary Western world.
Russell Orlando FLICK FLICKERPerformance
Russ OrlandoFluorescent lights, electrical wires, interrupters, cushion and self I use Detroit often as the conceptual genesis for my performances. Most of my work deals with my reconciliation with the city. This piece recreates the experience I felt when I came upon a fluttering fluorescent light illuminated from a lifeless city structure. How could this light still exist? Why was there still power flowing to a building seemingly in ruins? Could there still be a pulse here? I found this moment a metaphor for the city. This evening's events are free and open to the public. Make your reservation here. Rservations will close at capacity. program of Artist Video Performances screened in Rivera Court throughout evening
Video InstallationsJuly 3, 2009-January 3, 2010
With the advent of video as an art form artists began to capture the fleeting interval between an action and its effect. As time based work evolved art was no longer confined to the tradition of stop-action records used by painting and sculpture. Action < > Reaction highlights five videos that examine this causal relationship and document the evolution of video over four decades. Video pioneer Bruce Nauman (American, born 1941) explores the body in space with Bouncing in the Corner, no. 1, (1968)contending that, "... whatever I was doing in the studio was art."
In two videos made near Oaxaca, Mexico Ana Mendieta (Cuban-American, 1948-85) records performances using gun powder, fireworks, the human form and nature. The Swiss duo Peter Fischli (born 1952) and David Weiss (born 1946), amuse and delight with their continuous motion installation using household goods in The Way Things Go (1987).
Video master Bill Viola (American, born 1951) takes on issues of immortality and the conflict between human will and the autonomic nervous system in Nine Attempts to Achieve Immortality (1996). When viewed in the context of one to another these works pose questions about the temporal and mysterious nature of human existence.
Organized by the DIA, these installations
have been generously underwritten
by the Dr. and Mrs. George Kamperman Fund.
All events in 3 x 3: artistspacetime
are free and open to the public.
Reservations will close at capaity 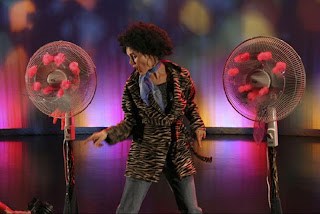 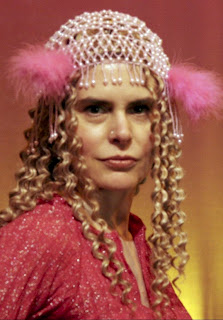 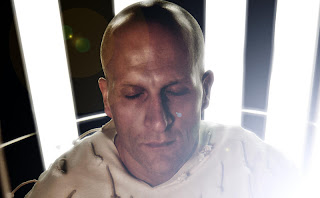