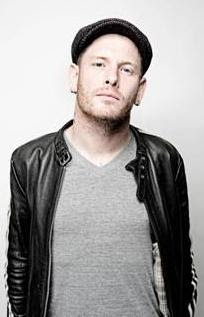 "AN EVENING WITH COREY TAYLOR"
FIRST-EVER SOLO TREK FEATURING
LIVE ACOUSTIC SONGS, SPOKEN WORD PERFORMANCE AND
AUDIENCE Q&A SESSION
Friday, November 25
Eagle Theatre PONTIAC
GET TICKETS HERE
Known worldwide as the dynamic lead-singer for two multi-platinum rock groups—SLIPKNOT and STONE SOUR—Grammy Award-winner COREY TAYLOR has added two more impressive credentials to his resume this year: best-selling author for his SEVEN DEADLY SINS… book as well as Oxford University official guest lecturer. And this fall, TAYLOR will launch his first-ever solo "An Evening With Corey Taylor" tour that will stopping in DETROIT on FRIDAY, NOVEMBER 25 at the EAGLE THEATRE.
This unique month-long trek will feature COREY playing acoustically, both original songs and some of his favorite covers. The evening will also encompass a spoken word performance with select excerpts from SEVEN DEADLY SINS… and audiences will get a rare chance to interact with the powerful frontman during an open Q&A session. For tickets and VIP packages including a ticket to the show, entry to soundcheck, a pre-show VIP reception with COREY and an autographed hardcover copy of Seven Deadly Sins… visit: http://thecoreytaylor.com/?page=tour.
TAYLOR recently joined the ranks of Albert Einstein, the Dalai Lama, Michael Jackson and Kermit the Frog when he was invited to be the official guest speaker at Oxford University. For this in-depth and diverse lecture, Corey delved deep into the inspiration behind his music and his new book SEVEN DEADLY SINS: Settling the Argument Between Born Bad and Damaged Good—a philosophical exploration into how this Renaissance man's history and approach to his art has created worldwide success and a unique vision for living life to the fullest, all told through the prism of the so-called Seven Deadly Sins. The book spent four weeks on the New York Times bestsellers list and five weeks on the Times of London's bestseller list. The full Oxford University lecture will premiere in four parts on http://www.thecoreytaylor.com/
Posted up by DIETROIT on 23.11.11