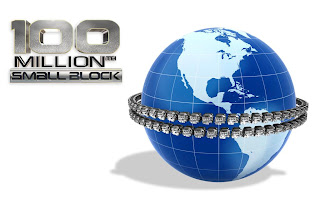 MCB was invited to participate in the 100 Millionth Small Block Engine Build yesterday so we made the trek out to Wixom Powertrain to be a part of history. How could we pass this up? Sure this event could be considered a bit out of our "coverage" zone but this was a historic milestone and we were geared to actually be part of the build of this emblem of General Motors. 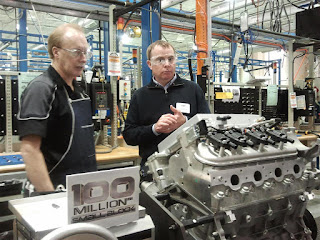 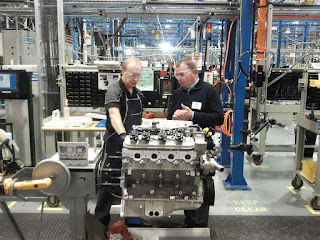 After check-in and badge collection we were escorted through the plant to the build location. An impressive number of reporters and photographers were on cue documenting the multi-member build off of number 100,000,000. Each person (with instruction from the GM Engineers) was able to attach/assemble a few of the engine components piece by piece. As each of the "stages" was completed the engine was moved on the next stage and the process continued until the build was complete. 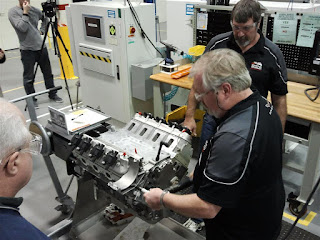 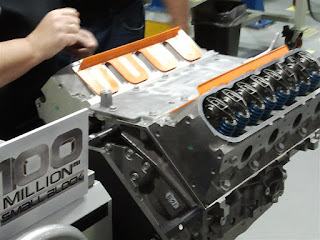 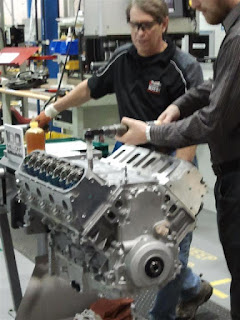 While we watched we heard some back and forth that this engine was going to be donated to The Henry Ford for historical viewing but to me that seems a bit over the top. Not that it isn't justified or that it doesn't belong (although it is The Henry Ford btw) but rather the chevy small block has always been the engine of the regular guy and #100M shouldn't be setup in a glass case but rather tossed into the last remaining EV1 currently on display at The Warren Tech Center, painted cherry bomb red or GM Blue and raced down Gratiot every summer.   #100M was 638-horsepower supercharged LS9 small block – the power behind the 205-mph Corvette ZR1 – which is hand-built at GM’s Performance Build Center and surely would make a nice upgrade to the original game changer of electric transportation. 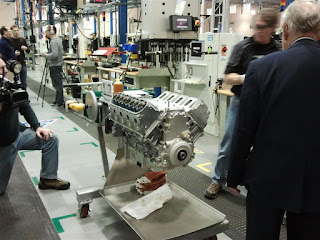 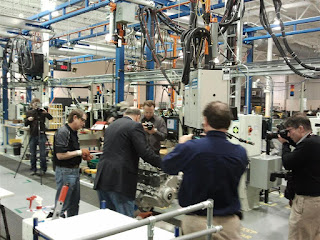 After tightening a few nuts and bolts ourselves we had to cut it short (because we have real jobs) and skip the presentation and interviews with "subject matter experts" who would have dropped lines like “The small block is the engine that brought high-performance to the people,” or how "Current small blocks engines feature all-aluminum cylinder block and heads in car and many truck applications to help save weight and contribute to greater fuel economy." which is kind of bummer because all the GM Techs at the build looked like they REALLY liked their jobs. 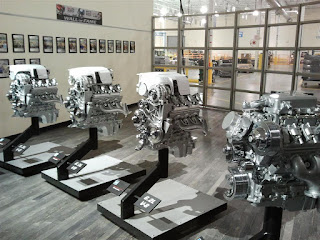 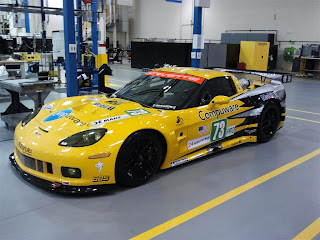 So on the ride back to Detroit I called one "subject matter expert" I knew who would give me the lowdown on the chevy small block....my pops.
Growing up I was surrounded by cars and engines and hot rods and beaters. My old man was a motor pool foreman for a large trucking company and always helping out other people at home with their car troubles. After the infamous "kid burns hand on '72 Challenger side pipes" the Dodge was history and we had Chevy's from that point on. But enough about the "switch" and more about the chevy small block which my dad says "was always the easiest to work on in the garage. It didn't cost as much to rebuild or swap blocks/parts between cars or trucks because they worked with most the models. Once in while you would have to switch the dipstick (like any fast girl that runs the streets) or a fuel pump location." states the old man. He goes on to talk about many things but I think that says it all.

Plus we think the chevy small block isn't getting enough name recognition Everyone knows what a HEMI is but I don't think most realize that the chevy small block engine has touched their lives in one way or another. The numbers go beyond counting the numerous car models that it was utilized over nearly 60 years. Add to that a host of watercraft manufacturers, commerical / construction applications so it is surprising #100M hasn't come sooner than late 2011.