Hunters this Friday @The Blowout

Check out Hunters, a band from New York that will be playing at this year's Blowout. 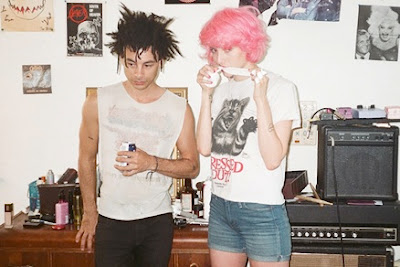 Hunters are excited to announce their signing to Mom + Pop for their debut LP this summer. To gear up for the upcoming release, they will be joining Bleached and JEFF the Brotherhood on tours across the US this spring. Since releasing their 2011 EP Hands On Fire, Hunters have been hard at work touring and playing live shows with METZ, Cloud Nothings, A Place To Bury Strangers and The Kills. They've also had breakout performances at last year's CMJ with shows at Brooklyn Vegan's showcase and the FADER FORT. Hunters have also been featured on the cover of the Village Voice along with acclaim from The New York Times, New Yorker, FADER, SPIN, Filter among many others. With a fury of fuzzed out guitars and bodies being strewn across the stage, Derek Watson and Izzy assault the masses with a wave of barely contained chaos. The tour kicks off in Austin on April 12th.