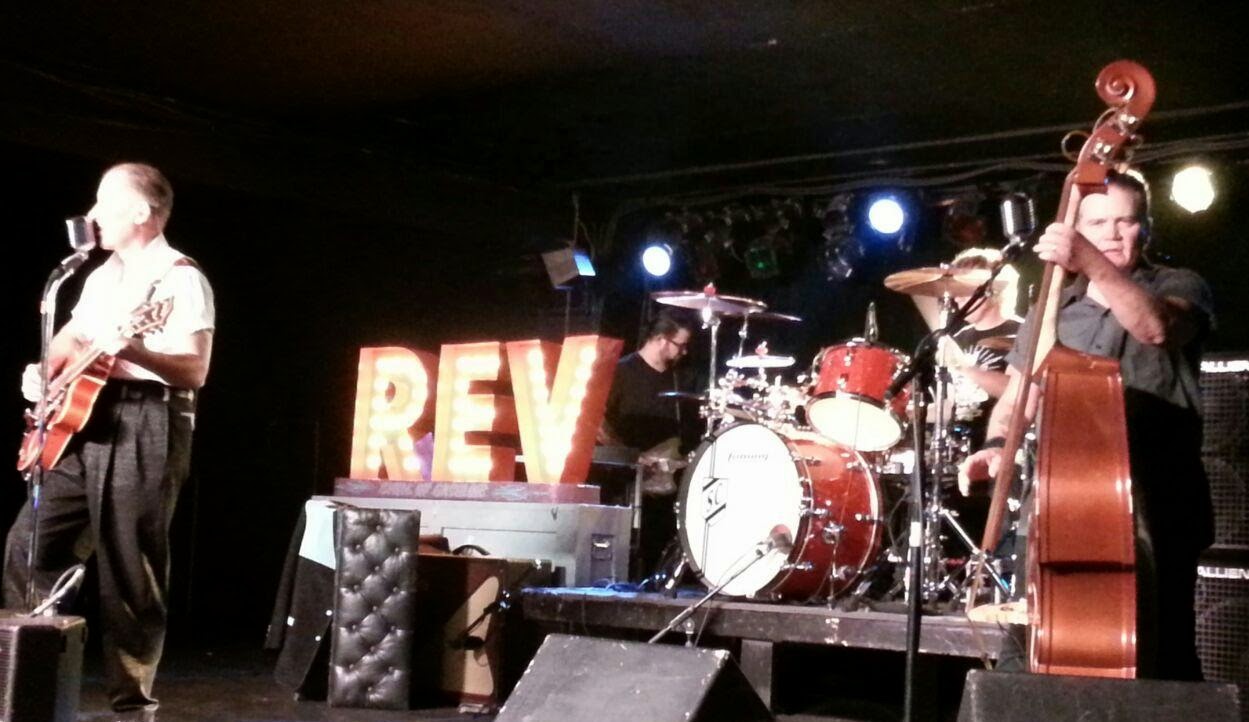 Last night The Reverend Horton Heat came to Milwaukee in support of his new album, Rev.  Playing to a packed house, they came out strong with the obvious opener, Victory Lap and Smell of Gasoline from the new album.  No one plays hard edged insane rockabilly like this today, and they like to show it off.  There were plenty of extended instrumentals, including drum and bass solos.  The last time I saw the Rev play was in the mid 90’s and this show was no different.  Sure they have slowed down a little; they have been doing this for about 25 years.  Right after Gasoline was the classic Psychobily Freakout from 1992’s “Smoke Em If You Got Em (subpop).  It took me right back to seeing them at the Club de Wash in Madison.  Later in the set was The Jimbo Song, from Space Heater, which Mr. Heath called “his worst album ever”.  Midway  through the set slowed down (understandably so) but shot right back with Chuck Berry’s Johnny B Goode, my personal favorite 400 Bucks, and Big Red Rocket of Love.  The encore featured crowd favorites Cocaine and Galaxy 500.  Almost two hours later it was over, I was exhausted, sweaty and stinky.  It doesn’t look like the Rev is stopping anytime soon.
Posted up by Made In Milwaukee on 14.9.14