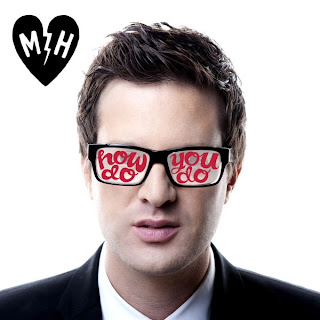 I always find it inspiring when I see a local act that has the talent and charisma to be destined for greatness then actually achieve it and get recognized nationally. With his new record “How Do You Do?” and single “The Walk” Mayer Hawthorne is quickly getting noticed for his playfully soulful songs and earnest approach. Mayer Hawthorne and the County are in town Tuesday, May 15, headlining a show at the MajesticTheater where he promises to beat your expectations.

MCB— I’ve been following your career for about 4 years now -
MH – Wow, that’s about as long as it has been.
MCB – Your new album “How Do You Do” is on a major label, selling well, you’re on TV and your tour is selling out, did your foresee this those few years ago?
MH – No, absolutely not. I didn’t even foresee becoming a soul singer ever. I have to thank Peanut Butter Wolf (PBW) from Stones Throw Records in LA for that. He was the one that had the vision. I was just making soul music in my bedroom for sample material so I wouldn’t get sued for using hip hop beats. When I met PBW in LA, he’s like “you’re doing it all backwards. You should just make soul music.” I have to thank him for that, he was right.
MCB –Have you had any vocal training?
MH – I’ve had a few lessons from John Mayer’s vocal coach. Mostly,  I’ve had been fortunate enough to perform with people like Amy Winehouse who was maybe the greatest singer of our generation and guys like Bruno Mars. People who I really respect as vocalists and I’ve gotten to watch and learn from them.

MCB – It’s been surreal for me watching your career take off, how has it been to actually live it?
MH – It’s a trip. I pinch myself every day at night.
MCB – I’m sitting watching 90210 with my daughter last week and who do I see on there but you and the band. How did that come about?
MH – That was a particularly crazy experience. I grew up watching the original show and then to be on the new one was pretty wild. On top of that, I got to sing on a yacht which is like the most Mayer Hawthorne thing ever. They gave me a line and everything but my line got cut (laughs). So maybe I’m not that good of an actor.
MCB – Then there’s that other surreal experience during Thanksgiving, where everybody tried to get you to play during the Detroit Lions halftime show in place of Nickelback…
MH – Well I don’t know about everybody, but that thing ended up getting so much attention. Really though, I just wanted an excuse to jam with my Dad in the basement. You know we got that accomplished and I had a great time. That’s what Thanksgiving is all about, being thankful and with your family.

MCB – How would you say your music on the new record has progressed since your last one?
MH – For starters, I learned a little bit about how to sing which I knew nothing about on the first record. I’m still learning every day. My production and songwriting has improved and even my playing. I played more instruments on this record than the last. I think the biggest difference is that you really get to know me as a person and you get to hear all the musical influences I grew up with, you know heavy metal, punk rock, Steely Dan and the Beach Boys, Frank Sinatra, all that gets smashed together, it’s not a retro soul record, or rock or hip hop, it’s a Mayer Hawthorne record which is nice.  That’s the coolest thing for me.
MCB – Did living in Ann Arbor influence your music?
MH – Ann Arbor’s an amazing place. It’s a melting pot with so many different types of people. You got guys like Andrew WK who I grew up with. He was in my first band and lived two doors down from me. And, people like Iggy Pop who went to high school in Ann Arbor. There’s a lot of good hip hop from there, it’s a really diverse place for music. You the whole Ghostly International crew as well.
MCB – How does LA compare to Ann Arbor for you?
MH – LA is the entertainment capital of the world, so it’s very different in that regard. It has an entertainment industry which Detroit and Ann Arbor doesn’t have. That’s the big difference. There’s so much creativity and talent in Michigan but there’s no entertainment industry there and that’s unfortunate. To have a career in entertainment you usually have to go somewhere else.

MCB – The great thing about your music is that you can put it on for anyone and they can find something to like about it
MH – Well, yeah, the only rules I have for making music is it has to be fun. And, beyond that there are no rules. And everybody likes to have fun.
MCB – My favorite track is the first track on the record “Get To Know You" where you do like a Barry White thing….
MH – I wrote that track in the airport in Chicago. I was just waiting to get on a plane and I saw this girl in the airport. I thought even if I go introduce myself, I’m about to get on a plane and never see her again. That was the inspiration for the song. “I’d like to get to know you but we might not have that long.”

MCB – If you weren’t singing today what would you be doing?
MH – I’d probably be some kind of handyman. I grew up working in an auto parts store where we sold tools. I love working with my hands and building and repairing things.
MCB – What can we expect from your live show on Tuesday in Detroit?
MH – You can expect a show and not a concert. We don’t do concerts. We make sure that everybody is involved and it’s a party, a big party. We work harder than any band to make sure nobody wants their money back when they see a Mayer Hawthorne show.