On May 3rd I enjoyed a few atmospheric musical pieces. Mentally you relate the pieces to either  films or art work. The conductor Leonard Slatkin is not only extremely proficient but also has an exotic musical history. His mother Eleanor Aller played cello with the Warner Brothers Studio Orchestra, and his father Felix Slatkin was a renowned composer.  Slatkin's brother Victor plays the same cello she originally played during the filming of the Bette Davis film Deception. Sorcerer's Apprentice was performed first. The music came before the famed cartoon. The orchestrated sounds of water swooping, twinkling of bells, thunderous interludes, and lush deep rumbling were ingredients in a strikingly visual and punchy musical score.

The next two classical pieces were featured in two dramatic hollywood films. In the film Humoresque a socialite played by Joan Crawford kills herself.  Fatalistic gorgeous musical imagery punctuates the air. The effect is startling and haunting. The musical tension during the Deception score is lively and voluptuous. Dramatic snare drumming, airy punctuations, tense cello, playful musical breaks and buildups, the potent sounds of cliffhanging suspense, and a punchy, quick, and vibrant ending made this musical piece thrilling and innovative. 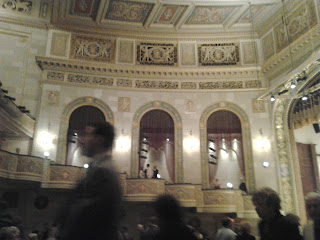 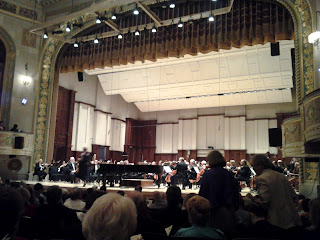