Big thanks to the weekend for finally arriving with some cool shows in Detroit!

yes! - the weekend decided to show up on time and there are some great shows happening around town

ULAN BATOR is a French experimental post-rock band
founded in 1993 by Amaury Cambuzat and Olivier Manchion.

They create lengthy instrumental music with influence from industrial and krautrock.
Founder Amaury Cambuzat is also a member of German band Faust.

Bisi's upcoming release is titled Ex Nihilo (Burger Records) - Latin for "Out Of / From Nothing." It will be released later this year. A darker tone dominates the record compared to his last couple of releases - Ex Nihilo is an exploration of the psyche, and catharsis, with a ritualistic sensibility reminiscent of his 1988 album Creole Mass.

Ex Nihilo captures Bisi's productiion style of sonic excess and dense layering. A moody ambiance frames the songs, with Bisi playing all the instruments, along with drummer Billy Atwell (who also played on Bisi's Sirens Of The Apocalypse). The exceptions are "Fine Line," which has Brian Viglione of Dresden Dolls drumming, while opera singer and theater personality Amanda White contributes dramatic female vocals to a few tracks. There are also sampled cameos from current Bisi productions White Hills and Woman on the album opener, "Nihil Holy." 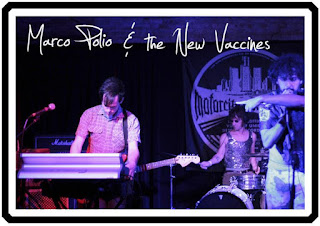 Catch the semi-defunct Marco Polio and the New Vaccines
tomorrow night over at Jumbos in Detroit
could the last show ever! 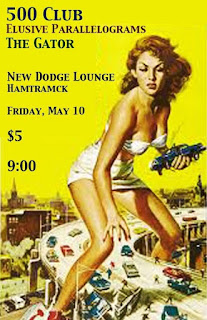 Get down with 500 Club over at New Dodge Lounge tonight
wsg Elusive Parallelograms and The GATOR
Posted up by DIETROIT on 10.5.13