Be the 5th emailer to win this vinyl & CD from The Trews who are opening for Kid Rock on tour motorcityblog@earthlink.net 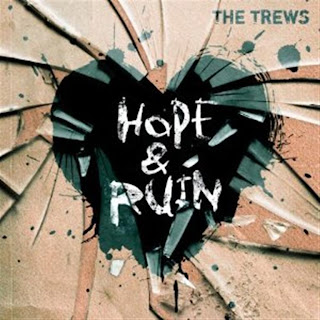 THE TREWS released Hope & Ruin last month and now their fourth full-length studio album is available on VINYL courtesy of Bumstead Records. The quartet begin the "Born Free Tour" with KID ROCK today in the Great White North, where they'll show the 'American Bad Ass' what it takes to ring Candian ears

THE TREWS’ fourth full-length studio album, Hope & Ruin, due out on The Trews Records on April 12, is a level-raising evolution for the Toronto-based rock band with two gold records, 10 top-10 singles and 800-plus concerts logged. Recorded live-off-the-floor, they captured lightning in a bottle, resulting in a sound that is raw, electric and igniting.

Of course, the ripping rockers that have made front man Colin MacDonald; his brother, guitarist John-Angus; their cousin, drummer Sean Dalton; and long-time friend, bassist Jack Syperek one of Canada’s top live acts are still present with the heavy “The World I Know,” unrelenting “Misery Loves Company” and pummeling “People of the Deer.” “We haven’t forgotten how to rock, but there’s new ground being covered,” says Colin.

The Trews have never made an album in the manner in which they recorded Hope & Ruin, and it’s an album they never could’ve made before now. There’s a certain connection, comfort and intuition that’s needed to write and record in such an off-the-cuff, inspired manner. And that takes years to develop. 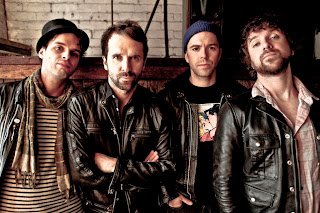