We got a very very cool limited edition litho in the other day for giveaway from Horrible Crowes
email motorcityblog@earthlink.net for your shot at this killer freebie

we will let you know when they come to town soon 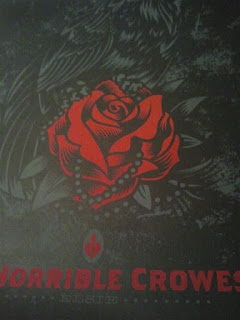 Most of us know Brian Fallon as the frontman for the Gaslight Anthem, an act who started out in Jersey basements and slowly built their way up to headlining New York’s Radio City Music Hall. Despite the success Fallon has had with his main band he’s always loved decidedly less rocking acts such as the Afghan Whigs and Tom Waits. The Horrible Crowes—his new side-project alongside longtime friend Ian Perkins—is his lounge-friendly tip of the hat to the acts who have shaped another side of his musical vision.

The idea for Horrible Crowes started at the end of last year and was formed out of the bond that Fallon and Perkins developed through their mutual love of music. “The two of us had this ritual where we’d go into the back of the bus at the end of the show and just start showing each other records,” Fallon explains, adding that PJ Harvey, Afghan Whigs and Joan As Police Woman were some of the acts that they exposed each other to during these sessions. “I’ve always wanted to experiment with the darker side of soul music and one day we were just like, ‘let’s write some songs and see what they sound like’ and it turned out that it sounded great.”

After demoing the track that would eventually be Elsie the band headed into the studio earlier this year to put these songs to tape with the help Ted Hutt (Dropkick Murphys, Chuck Ragan)—and although the band is technically a two-piece, they also enlisted Steve Sidelnyk (drums and percussion), the Parkington Sisters (strings and accordion), Ted Hutt (guitars), Adele Jensen (trumpet) and The Gaslight Anthem’s other members to add more texture to the sound of the album . “What I’m doing here is so far removed from what the stuff we do in the Gaslight Anthem,” Fallon explains. “The one thing I wanted to stay away from here was doing an acoustic folk record or something that sounded like my other band. This is a completely different beast and it’s just another side of the music that’s shaped my identity.”

Sonically Elsie sees Fallon working with strings for the first time and stretching out musically in ways that might surprise longtime fans of his writing. “I had to sit down and really teach myself over the past eight months how to play piano and write orchestrated music,” he explains. “I’m a chord guy on guitar so I don’t know all of the notes on the neck so it was a really big challenge to try to step outside of my comfort zone, but I think this record wouldn’t have worked if I hadn’t done that.” Additionally the album sees the group using drum loops over actual instrumentation to create a unique dichotomy between organic and electronic instrumentation that prevents Elsie from lapsing into familiar territory.

While Fallon excels at inciting sing-alongs with the Gaslight Anthem, Elsie sees him turning his perspective inward and crafting something that’s unsettling in the best way possible. “There’s a song on the album called ‘Mary Ann’ that’s just straight up Tom Waits Bone Machine-era lunacy,” he explains. “It’s just madness screamed through a bullet mic.” Alternately he describes “Go Tell Everybody” has his definitive break-up song and adds that it also contains a level of rancor that will resonate on a purely human level. “I tried to capture the viciousness about what comes out when you’re going through a break-up and you hit that wall and you’re like, ‘that’s it, all the sweetness and sensitivity that was there before is gone now.’”

Elsie is also the most personal release of Fallon’s career and while the Gaslight Anthem’s music is loaded with characters and iconography, this album sees Fallon stripping back the metaphors to put it all on the line. “There’s only one character here and it’s about me and three or four relationships that I’ve had throughout my life,” Fallon explains. “It’s really a trip through a breakdown and it catalogs this dissent into madness and finally redemption.” While drug addictions, ex-girlfriends and religion all creep their way into these songs, Elsie isn’t a linear album as much as it is a catalog of experiences that are conveyed in a way that was equally as cathartic for Fallon to create as it will inevitably be for his listeners to hear.

Ultimately Fallon doesn’t see Horrible Crowes as a side-project as it is just another side to his musical identity and sees no reason why both of his passions can’t co-exist in the real world the same way they do in his own psyche. “I would love if this band turned into a big deal because then I get to be in two great acts—and all of the guys in the Gaslight Anthem love this project, too,” he summarizes. “If this project takes off then we’ll just end up being in two bands I love instead of one.” 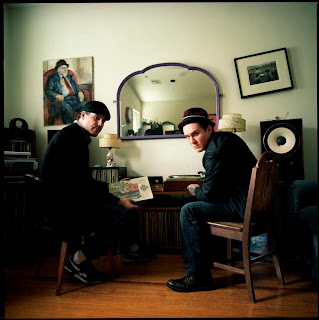