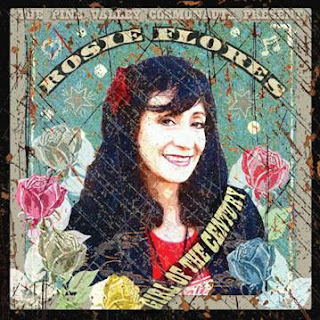 Beginning in the late 70s with her rockabilly punk band the Screamin' Sirens, Rosie Flores has been crafting a pioneering career in the roots underground.  She was an integral part of the LA New Traditionalist scene that gave rise to Dwight Yoakum and Los Lobos, toured with Flatlander Butch Hancock, recorded with Ray Campi, and rockabilly and riot grrl icons Janis Martin and recent Rock and Roll Hall of Fame inductee Wanda Jackson.  She has contributed tracks to several Bloodshot Records compilations, including "Hard-Headed Woman: A Celebration of Wanda Jackson" (2004) and the kids' classic "The Bottle Let Me Down" (2002).

With over half a century of hard roots-rabbling between them, Rosie Flores – the Rockabilly Filly, and Jon Langford—head Mekon, Waco Brother and conductor of the Chicago-based collective the Pine Valley Cosmonauts, blast a sonic contrail stretching from Texas to Wales, from the dusty hill country to the dusky fetter cairns.  These two long-celebrated musical forces, one with her cowboy boots firmly in the dance halls and the other with his work boots sloshing around puddles of beer in the pubs, come together for Girl of the Century, an album of spirited and soulful romps through the back roads of American music.