email motorcityblog@earthlink.net for a shot at 2 tickets to 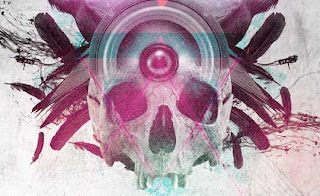 Blissfully unconcerned with a world obsessed with categorization as a means of definition, Tigran aka MiM0SA crafts music for its own sake, defying expectations with genre bending soundscapes. Hailing from the San Francisco Bay Area and currently residing in Los Angeles, MiM0SA began producing at the tender age of 17. Blessed with an abundance of talent and an ear for sonic experimentation, this fan-favorite has quickly developed a name for himself as one of the West Coast’s top exports. And the word is spreading fast. To say that MiM0SA is on the rise is to miss the mark. Rather, MiM0SA has arrived.

This summer saw MiM0SA globetrotting from festival sites everywhere -- including his headlining slot at Lightning in a Bottle, to triumphant performances at Detroit Electronic Music Festival, Shambala Festival, Red Rocks, Electric Zoo, Summer Camp, and Burning Man. MiMOSA also spent quite a bit of time this summer in the lab with Sleepyhead, working on new tracks for their highly anticipated collaboration, “Naked Poetry,” which they will release under the moniker SexyTime later this fall. However it was in Brooklyn, NY where MiM0SA found refuge as he wrote, recorded and produced his debut full length album "Sanctuary" to be released October 25 on False Idol Musik. After just one listen, it’s evident that his versatility as an artist goes hand in hand with his refusal to be tied down by any particular sound or style.

While his previous EP release "58 Degrees" favored a more grittier fusion of unrelenting beats and grime, "Sanctuary" works as one cohesive whole piece of work that finds MiM0SA immersed in rhythm, encompassing and centered around the 808 drum kit most notable on the track "Last Night In Town". However the album carries an authenticity by which MiM0SA's aesthetic appreciation of the origin of sound is fused with layers of various styles, textures, and grooves that embrace Dubstep, HipHop, 2-step, Moombahton, Dub, and Downtempo. It becomes apparent that while building this collage, his vision was to "Steer away from aggressive tones, but at the same time try to find different avenues to get the same crowd response that a big bass drop would get,” he comments. Take for instance "Castles in the Sky" which finds MiM0SA opting for the classic sounds of straight dub reggae versus the dubstep infused subwoofer odysseys heard on "Tiger Blood.” MiM0SA extends his flavor for hip hop by sampling and filtering vocals that rush with ambient interludes coupled with pulsating tempos and heavy 808s on songs such as "Starseed" and "Way Back to You". 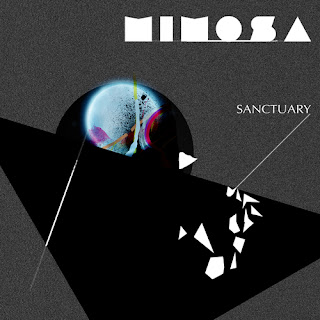