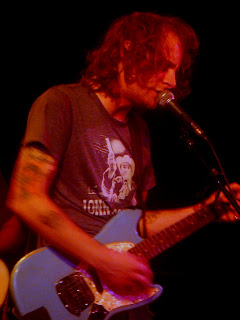 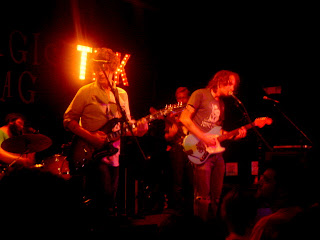 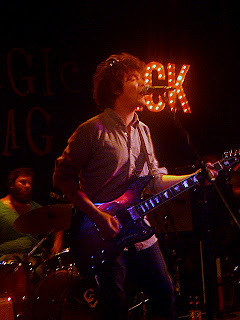 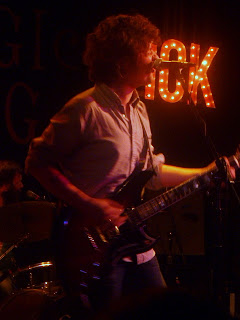 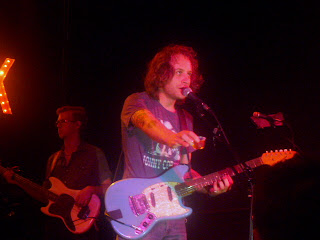 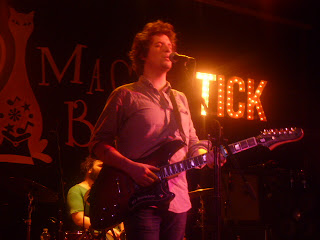 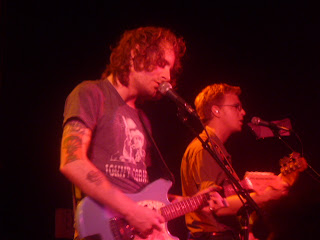 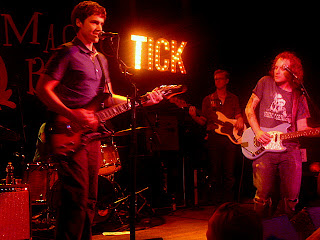 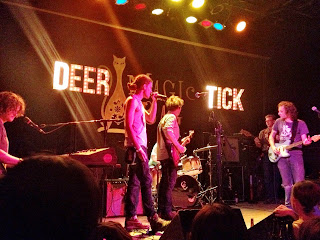 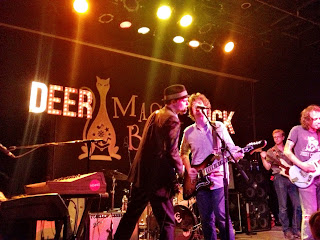 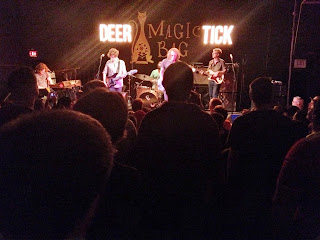 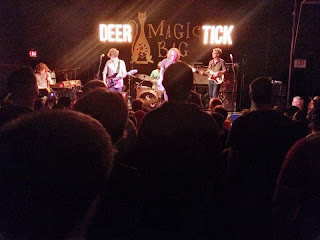 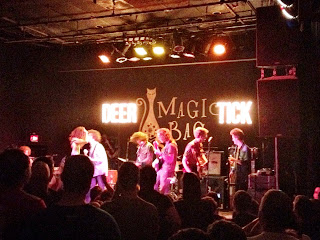 EDITOR NOTE: Jeremy and Summer are the latest (and they say greatest) contributors to MCB
"Lewis & Snark"  will be reviewing music, art and other motorcity aspects etc...

This is our first review for MCB and one of our first shows in the city.  We moved here a couple of weeks ago from Portland, Oregon, so we are still familiarizing ourselves with all the venues and local bands.  Summer and I will both be giving our takes for each event we attend, and we pretty much attend everything together because she doesn't want me to sully her good name with my behavior if allowed to venture out alone.  Mine will likely contain wilder (sometimes true) anecdotes and less detail, as she is usually the designated driver.

This was my first time at the Magic Bag, I like the venue.  The show was crowded, but not at capacity, so the table seating area leading to the standing portion worked for groups wanting to sit together and watch.  I can see where you would end up with an ass in your face if it were packed though.

A big difference between shows here and shows in Portland is that they let people drink freely in the venue, even if there are people under 21.  In Portland, people actually wanting to have a beer while watching a rock show are relegated to a fenced off section in the corner of the venue or up in the balcony.  The kids get all the good real estate near the stage.  It's like they assume that when you get a little older you no longer have any interest in really pushing up there, getting sweaty, and dancing.  Thank you Detroit for liberating me!  I took my beer straight up to the front and embraced this opportunity by slowly nodding my head to the beat and silently judging all these damn youngsters for having too much fun and bumping into me.  The crowd was probably 98% white, so there were some things in common with shows in Portland.


Apart from the skinny jean-clad men and the trucker hats, I was surprised, and happy to see the age diversity of the crowd. The above 45 crowd was out in full force. I'm unsure if this was due to the venue or the band, either way I thought it was a nice change of pace.

The Bands:
His Opinion…
We got there in time to catch about half a song from the Turbo Fruits.  We are still figuring out whether 8pm doors means an 8pm or 10pm opener.  Obviously, we misjudged in this case.

Deer Tick put on a great show when we saw them in February and this one was no different.  They came on around 10:15 and played a furious set till midnight that included trading Jameson shots for items from the merch booth, stories of the lead singer falling asleep during dinner earlier in the night along with a reference to a powdered supplement that miraculously gave him the energy to perform, and a rendition of the Beastie Boys "Fight for Your Right to Party" that included guest appearances from both the Turbo Fruits and Scott Lucas and the Married Men.  I commented that, based on the earlier stories, maybe "No sleep till Brooklyn" would be more appropriate.

One highlight for me occurred around halfway through when I realized that the lead singer looks somewhat like Chloe Sevigny from Big Love, we have been binge watching that recently.  On a side note, polygamy looks like a huge pain in the ass.  Mitt Romney strapped his dog to the roof of his car, left his Grandfather's commune in Mexico, and came to Washington to align himself with the Tea Party in order to avoid it.


Gravelly voice…check, floppy hair…check, whiskey shots…check, more cowbell…check check. Deer Tick brought it to the Magic Bag on June 10th, in all their boozy, sweaty glory.  I saw the band in Portland, OR in February, and one thing that has impressed me on both occasions is the band's laid-back attitude, filled with repartee, and their ability to include the audience in some sort of inside joke. These guys do not take themselves too seriously, and that relaxed energy makes for a very fun show.


Deer Tick played a solid set, covering their big hits from War Elephant, Divine Providence, and Born on Flag Day. They also performed a song with, and written by, a young looking fellow by the name of Dr. Jacob (? I could not understand his last name) who apparently is based in Detroit, is good friends with the band, and tends to their health (no small feat) when they are in town. Toward the end of the show they teamed up with openers Turbo Fruits and Scott Lucas and the Married Men in a legitimate cover of the Beastie Boys' Fight for Your Right.


Deer Tick is a band I would recommend to almost anybody.  Good tunes, catchy, and great live performers.  The crowd consisted of a variety of age groups and they all seemed really into it.  Show up to one of their shows and you will have a good time.


Besides being an incredibly gifted group, with compelling lyrics and superb music, Deer Tick knows how to perform. They bring the excitement, the energy, and a phenomenal talent.  If you aren't listening to Deer Tick yet, you need to start, and if you have the opportunity to see them perform, you shouldn't give it a second thought.
Posted up by DIETROIT on 13.6.12