SHOW REVIEW with pics and video: That Metal Tour with Eddie Trunk, Jim Florentine and Don Jamieson and musical guests Banned from E.A.R.T.H. and Banned from H.E.L.L.

The hosts of VH1's Classic's longest running and highest rated show "That Metal Show" brought their "That Metal Tour" to the I-Rock Night Club this past Saturday.
Eddie Trunk, Jim Florentine and Don Jamieson are hard rock/metal fans who love talking music. The formula works and was quite apparent pulling up to the I-Rock before the scheduled 7pm meet and greet time. There was already a line of people 50 people deep and the line kept growing after the doors were opened to meet the guys. Alll demographics were represented in line. From pre teens to elders, a mix bag of metal babes and hard rock dudes. It was an all ages show and many people brought their entire family to the event. The rock and roll t-shirts were proudly represented and this was surely going to be a big night out for many people who were going to see these TV personalities in the flesh. 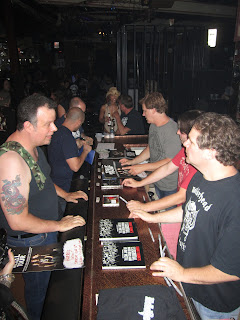 Dozens upon dozens of people lined up and got posters,books,cd's,and shirts signed by the guys. Most everyone got pictures with the "That Metal Show" host and no one was ever rushed through the meet and greet session. Don't you hate it when you feel your in a cattle line and everything is impersonal? This wasn't the case and the guys took time listen to everyone's remarks. Fans came from all over to meet the guys- Canada, Ohio, and even Nashville, TN. 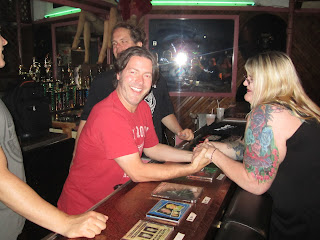 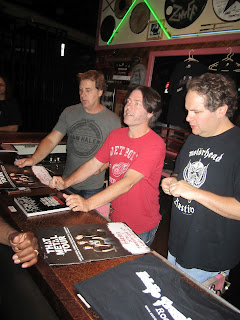 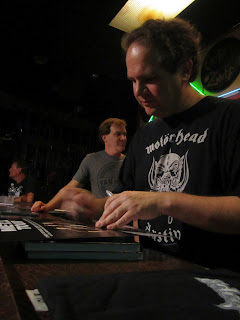 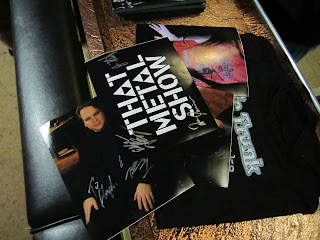 Doors for the actual show were set to open at 8PM, a hour after the meet and greet session, but at 8PM there were still dozens of fans in line to meet the guys. The guys extended the meet and greet and after 2 hours of mugging for the camera and making new friends the guys saw down with me for a interview which can be viewed below. I even got to "Stump The Truck" with some trivia directed at host Eddie Trunk. I was rewarded with a container of sour cream from the veggie tray in the backroom.


The "That Metal Tour" stage show kicked off with Eddie Trunk sharing stories of past interviews and experiences related to being a rock and roll music host.. 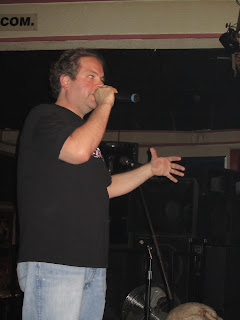 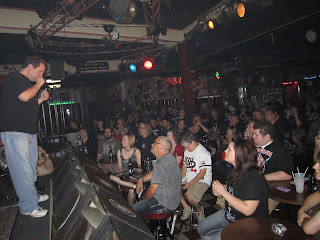 Don Jamieson was next on stage and did a comedy routine. He was followed by Jim Florentine doing a comedy set as well. The guys are funny and the humor was at times crude and inappropriate for the pre-teens at the all ages show, but they were not my kids so no worries on my end. These guys did a tour stint with Andrew Dice Clay so if your down with that sense of humor you'll enjoy it. 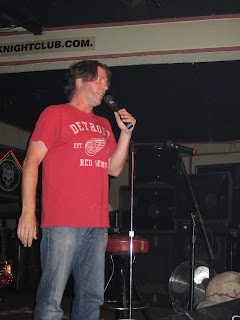 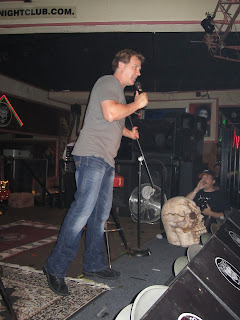 A Q&A with all three guys on stage followed their individual sets and the audience loved every minute of it. The guys scored their biggest interview of their lives with the elusive Axl Rose last year and the mere mention of his name got the crowd either cheering or booing. It was apparent that this crowd was a collective. You may have had people from different backgrounds and attitudes, but everyone was bonded through music and everyone was having a good time with each other during the session. 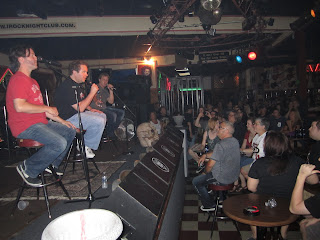 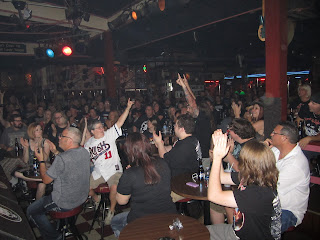 “Stump the Trunk” came next. Audience members lined up to question host Eddie Trunk on his metal knowledge. Eddie did well, but was stumped several times and fans were rewarded with prizes for doing so.
After the guys were done they returned to the merch both to meet more fans. 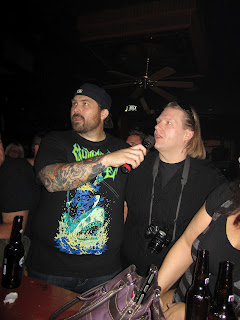 Black Sabbath tribute acts Banned from E.A.R.T.H. (The Ozzy years) and Banned from H.E.L.L. (The Dio years) closed out the evening. Much of the crowd left after the guys were done, but they really missed out. The "Banned" groups are fantastic. They do Black Sabbath justice. See for yourself with this footage shot at the show.... 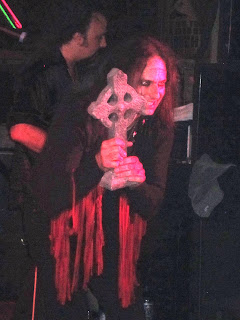 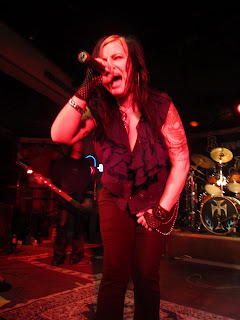 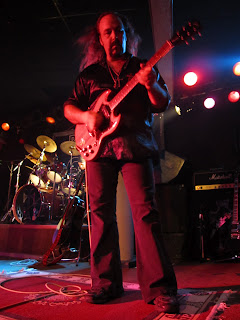 I have always loved these guys as TV personalities and I left this show pleased knowing what I see on TV is just as good in person. Just regular dudes into music and laughing. Glad to have experienced it. 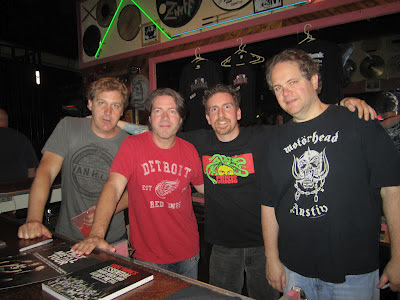