For the easily-offended (hahahahahaha as if MCB readers are made of anything less than pigiron), you might want to bypass The Pope Song. Then again, no, those who are easily offended should especially watch The Pope Song, repeatedly, and then read the lyrics.
Aussie songster/musician/comedian/writer Tim Minchin is a sort of hero of mine. He's talented, funny, humble, adorable – the usual things one would find in a hero. But he's also bitingly clever, a whiz on the piano, and shares a frightening amount of my philosophies: In a nutshell, love your life, live in reality, and wear lots of eye makeup. AND he's a ginger! Of course, with his ridiculously smart wordplay, he'd probably state it a little better than I would. Come see for yourself, and go watch the videos at the end of this post – I could link a hundred things, but I'm going to edit down to my favorite three. because I guarantee you are going to forward at least one of them to all of your friends. 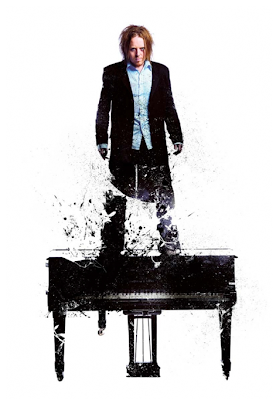 I mentioned to a friend that Minchin was coming to town, and he parodied me: "Gosh, Tim, you're just sooo awesome..and gingers are awesome...and you wrote an awesome song about gingers...what would you say to gingers who like you - I mean REALLY LIKE you? And what's up with your bare feet? Is that a ginger thing? It's awesome, don't get me wrong...are you still married?" I responded, "Oh look, you just wrote my interview for me."
Posted up by DC in Detroit on 22.9.11