The video, inspired by The Rolling Stones Rock and Roll Circus and the idea of rock n roll debauchery and hedonism in Detroit, was shot at the Burton Theatre and at Esquire’s home. It featured a vaudeville type circus, sexy can-can girls, and naked dancers all performing in front of a light up marquee.

Brittin also enlisted some local rock n roll royalty to be in the video including Mary Cobra, of the Detroit Cobras, Marcie Bolen formerly of the Von Bondies/Silverghost and Amy Gore of Amy Gore and her Valentines, to further reflect the party scene in Detroit. Richter’s girlfriend Nikki Saas, had a large presence too.

The video turned out well, so well that Brittin was soon approached by several other artists to design or direct their projects. Among them, Amy Gore and her Valentines, who asked Brittin to direct their upcoming video at the beginning of next month.

Directing music videos is a new venture for Brittin and one that he plans to pursue. His ‘day job’ is as a props master for feature films. “Kevin, some friends and I came up with the “Enjoy Yourself” idea over New Year’s,” he said. “Everybody looked at me and said ‘you work in movies, you can make a video.’ And that’s how it started.."

“Enjoy Yourself” was produced by John Werber with music produced by Bob Jones and Chris Peters. Jackson Smith was one of the principal writers along with Esquire.
-MCB's Ronit 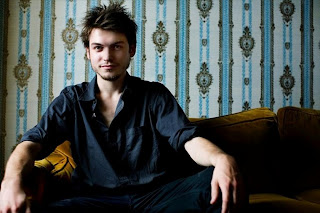 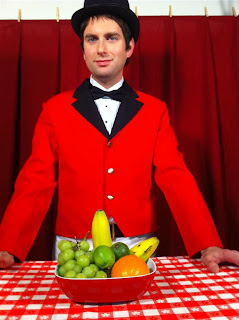 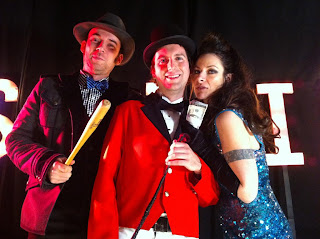 Jackson Smith, Esquire, Amy Gore of Amy Gore & Her Valentines
Posted up by DIETROIT on 14.9.11