NEXT WEEK: Don Was events at U-M Dearborn Sept 26th

MCB has been fortunate to cover many of the shows featuring Don Was over the past few years and we heard last week that he had confirmed a few upcoming speaking events worth noting....check out the details below: 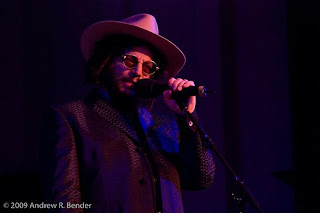 Don Was - Concert of Colors 2009 by Drew Bender

Detroit native and super-producer Don Was is coming to the University of Michigan – Dearborn on Monday, September 26, for one private event (a classroom lecture) and one public event on the UM-D campus.

Don Was was recently named Chief Creative Officer for the legendary jazz label Blue Note; he also just finished up work on John Mayer’s new album and last spring, he appeared as a guest producer on TV’s No. 1 program, American Idol. A short bio of Don appears below.

He was on the recent reissue of The Rolling Stones’ “Exile on Main Street,” Don was in charge of the upcoming Stones reissue of “Some Girls,” which comes out this November. “Some Girls” is just about as significant as “Exile” was, if you believe their website: http://www.rollingstones.com/news/some-girls-be-released-november

Don Was in Dearborn Monday, September 26, 2011
Classroom appearance (NOT open to public):

Free and open to the public

Native Detroiter, co-founder of the band Was (Not Was) and multiple Grammy Award winner Don Was is best known for producing some of the most influential artists of the past several decades, with combined sales of 120 million albums worldwide. His client list includes the Rolling Stones (every release since 1994), Bob Dylan, Elton John, Brian Wilson, Willie Nelson, Ringo Starr, Iggy Pop, the B-52s and Bonnie Raitt, whose Was-produced Nick of Time scored the 1990 Album of the Year Grammy; he also took home the 1995 Grammy for Producer of the Year. Most recently, he has made records with Lucinda Williams, Ziggy Marley, Michael Grimm, Scotty McCreery and John Mayer; appeared as a guest producer on Season 10 of TV’s top-rated show, American Idol; and assumed the role of Chief Creative Officer at Blue Note Records.