In 2012 I found myself on at The Rock and Roll Hall of Fame and Museum in Cleveland on assignment from Motorcityblog. The museum was massive and contained 6 floors of exhibits. A music lovers dream come true.

A music lover trough and through, I jumped at the chance to cover the "Women Who Rock: Vision, Passion, Power" touring exhibit brought to you by The Rock and Roll Hall of Fame and Museum and having it's final U.S. touring stop at the Henry Ford in Dearborn. A large collection of over 250 pieces of memorabilia from 70 women in rock and roll history.

There was so much to cover in regards to the exhibit that I released my "Women Who Rock: Vision, Passion, Power" review in five parts over the last few weeks. This is the conclusion.

Alongside all the instruments, outfits, and lyric sheets, the exhibit has some truly unique pieces on display. Enjoy this sampling of them.

On display is Queen Latifah's 1987 Morrellian High School Yearbook. See her as "Dana Owens" on the bottom row. 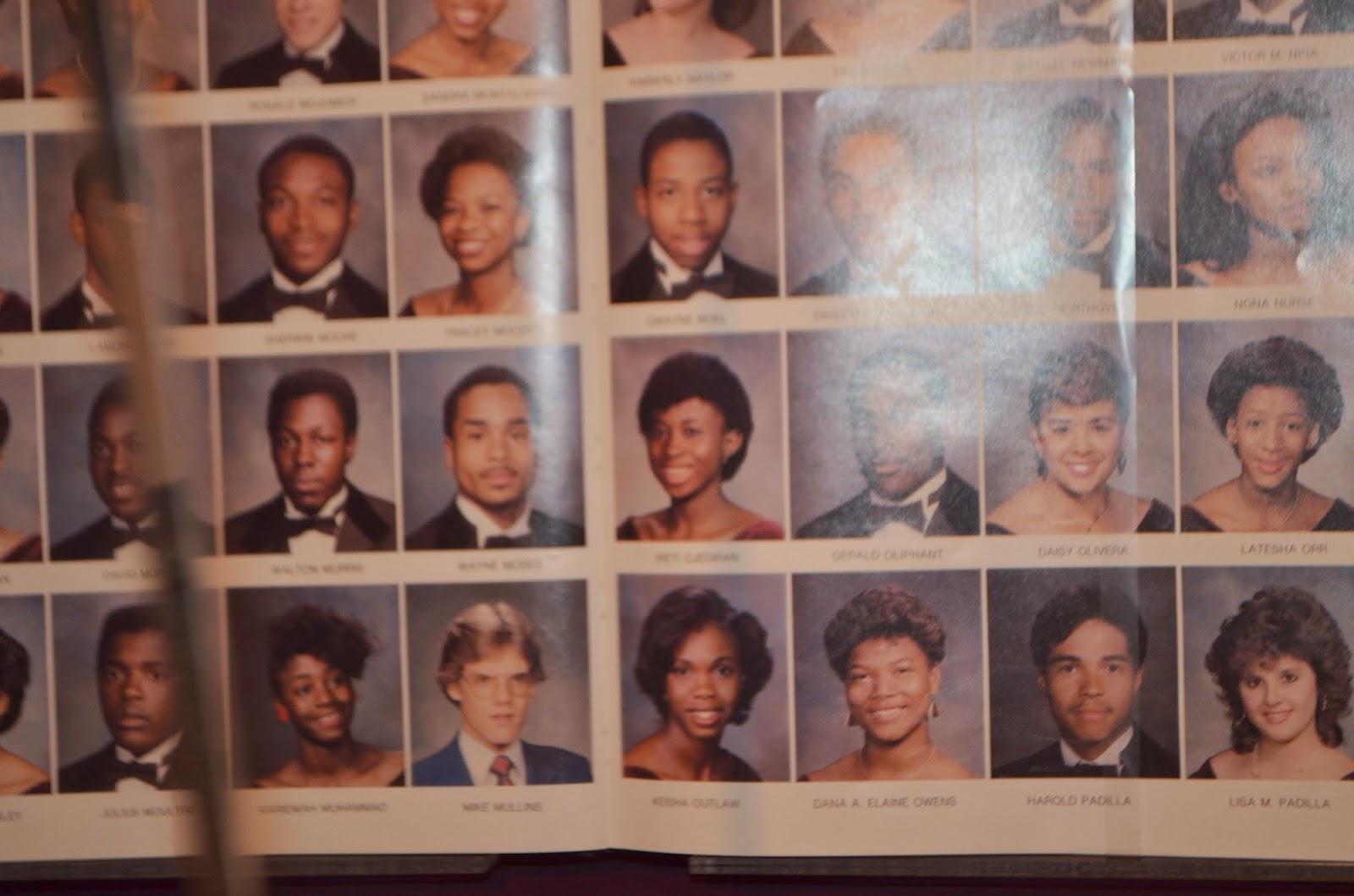 A few Aretha Franklin artifacts includes this demo cassette for “Rhythm of the Freeway" and a tape box for “When the Light” with Paul McCartney... 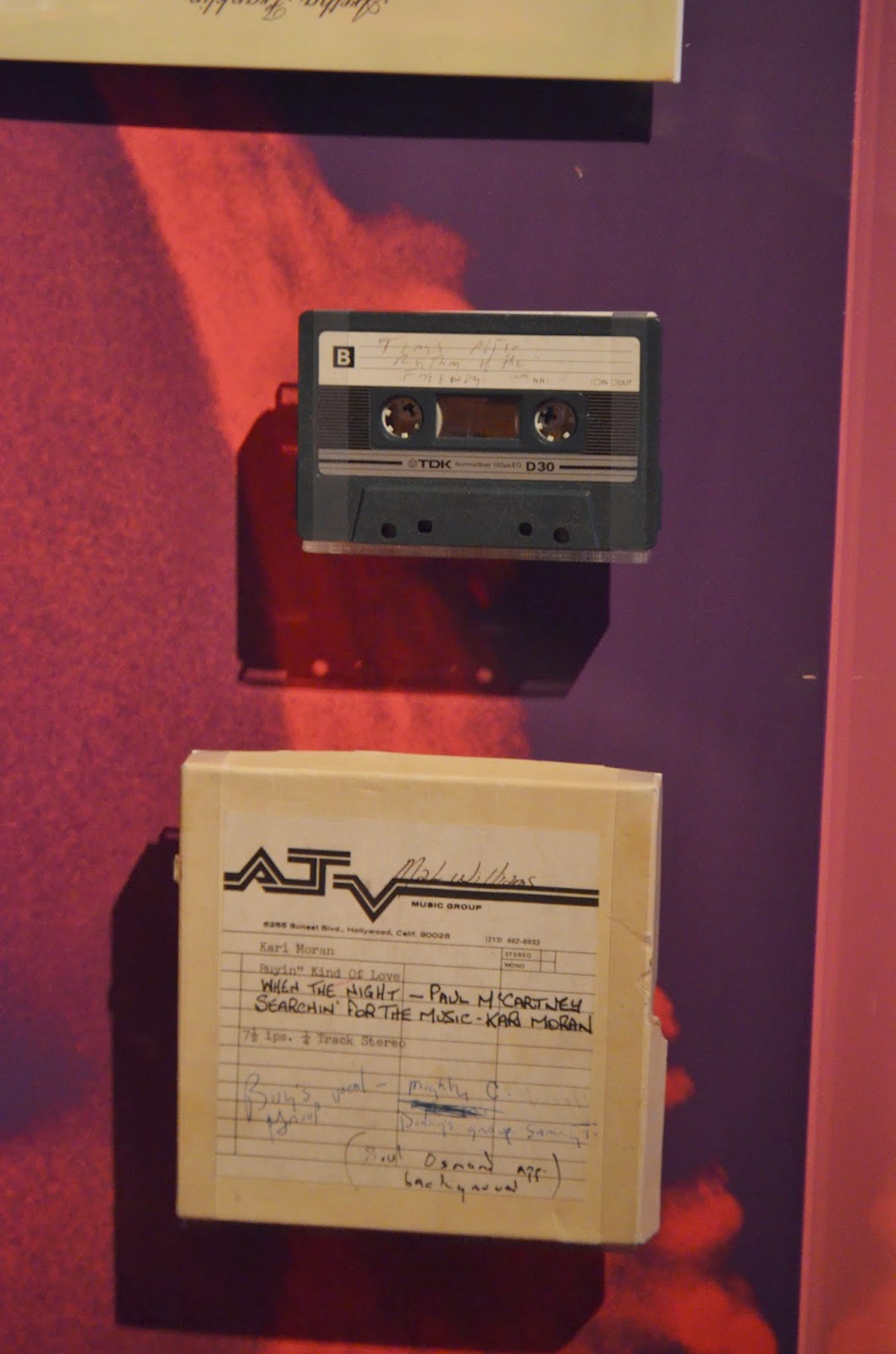 Here is a 1985 dressing room door note Aretha Franklin used prior to performances... 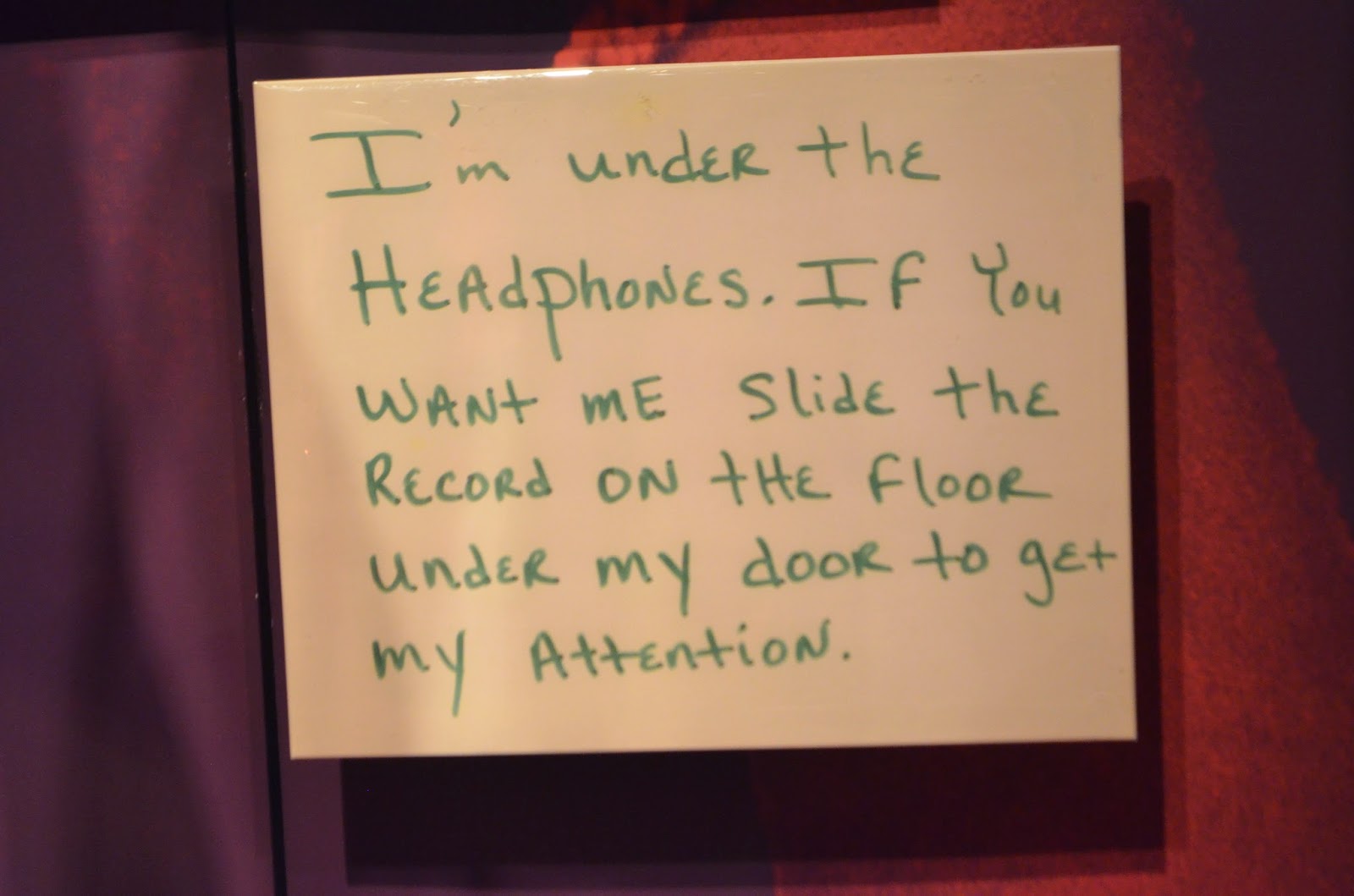 Amongst all the Yoko Ono artifacts in display are her porsche glasses from 1980... 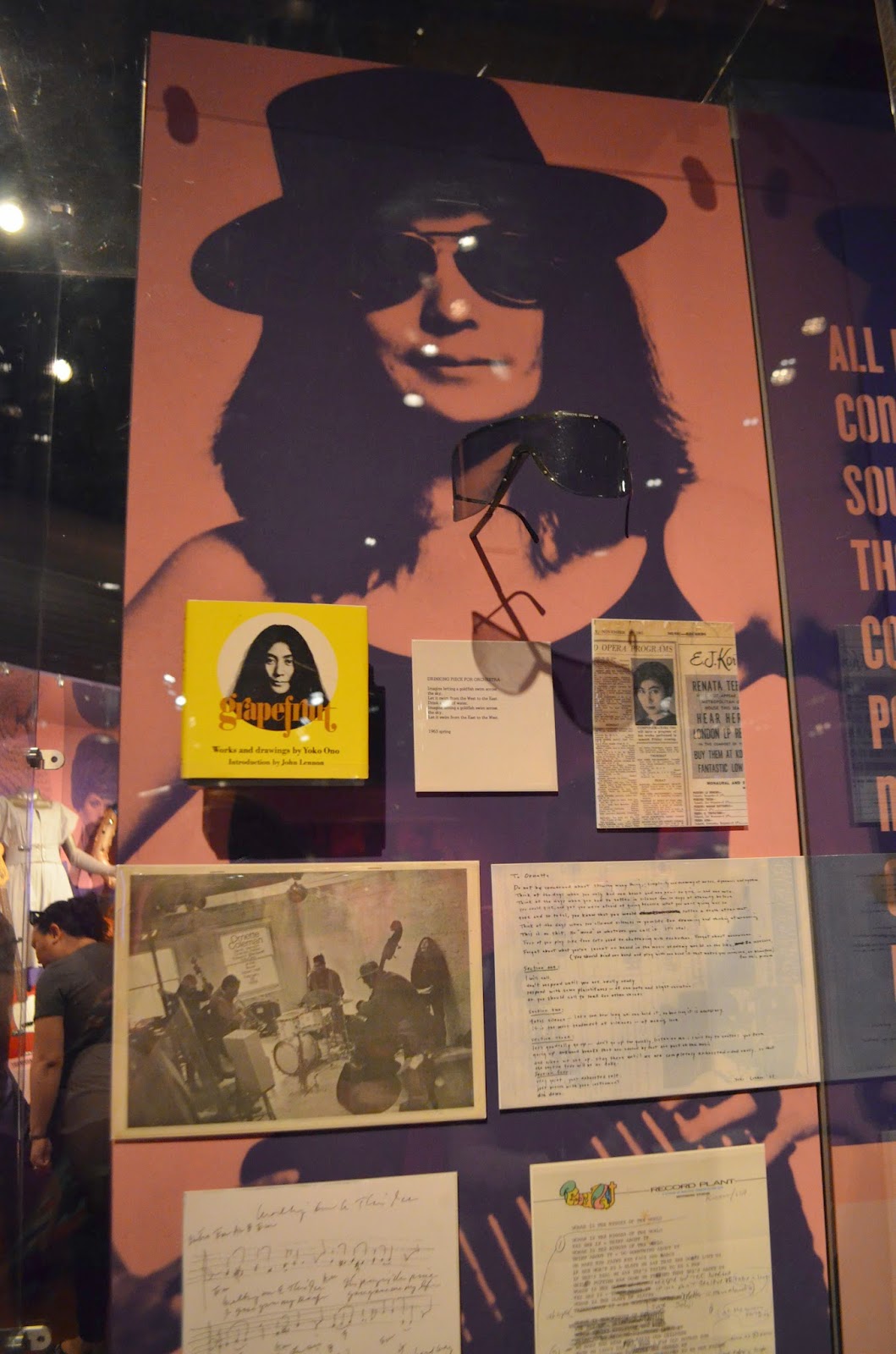 On display are two faxes sent from Keith Richards from the Rolling Stones to Marianne Faithfull in 2006 and 2008. "Keith doesn't do e-mail" Faithfull says. 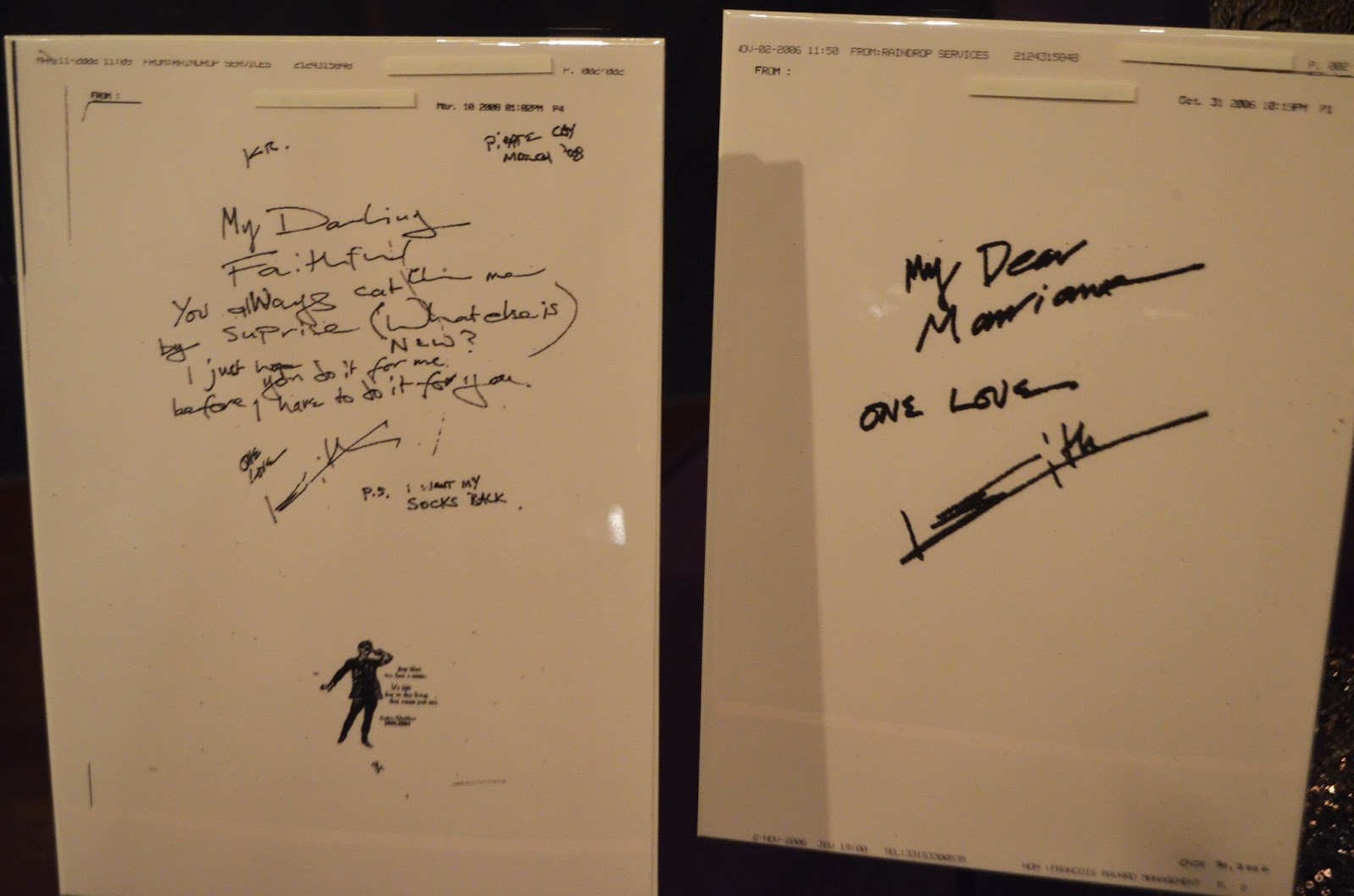 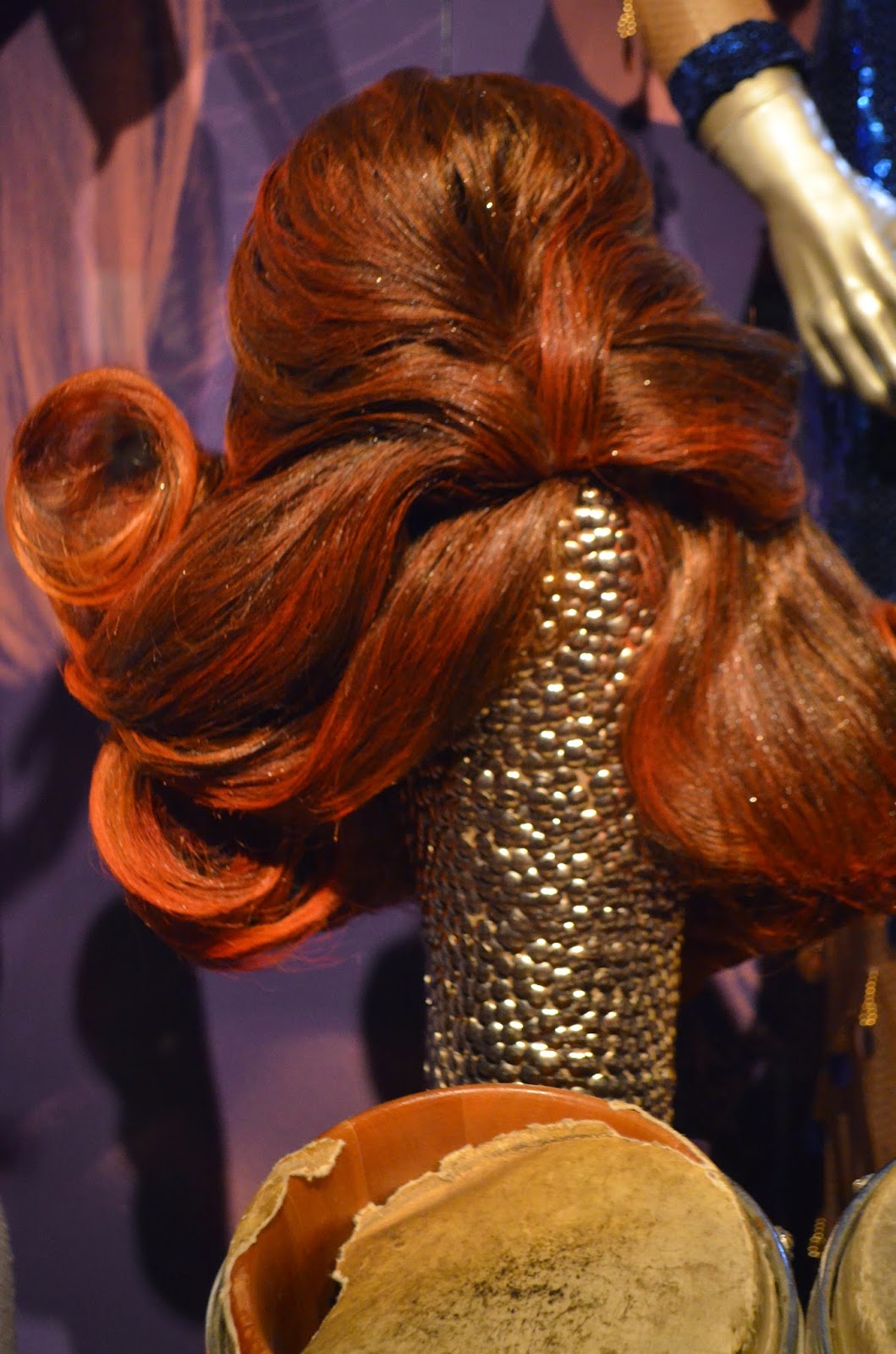 Fan of Blondie? Then your sure to dig Debbie Harry's blonde wig along with her blue mini‐dress outfit with built in tights/boots.. 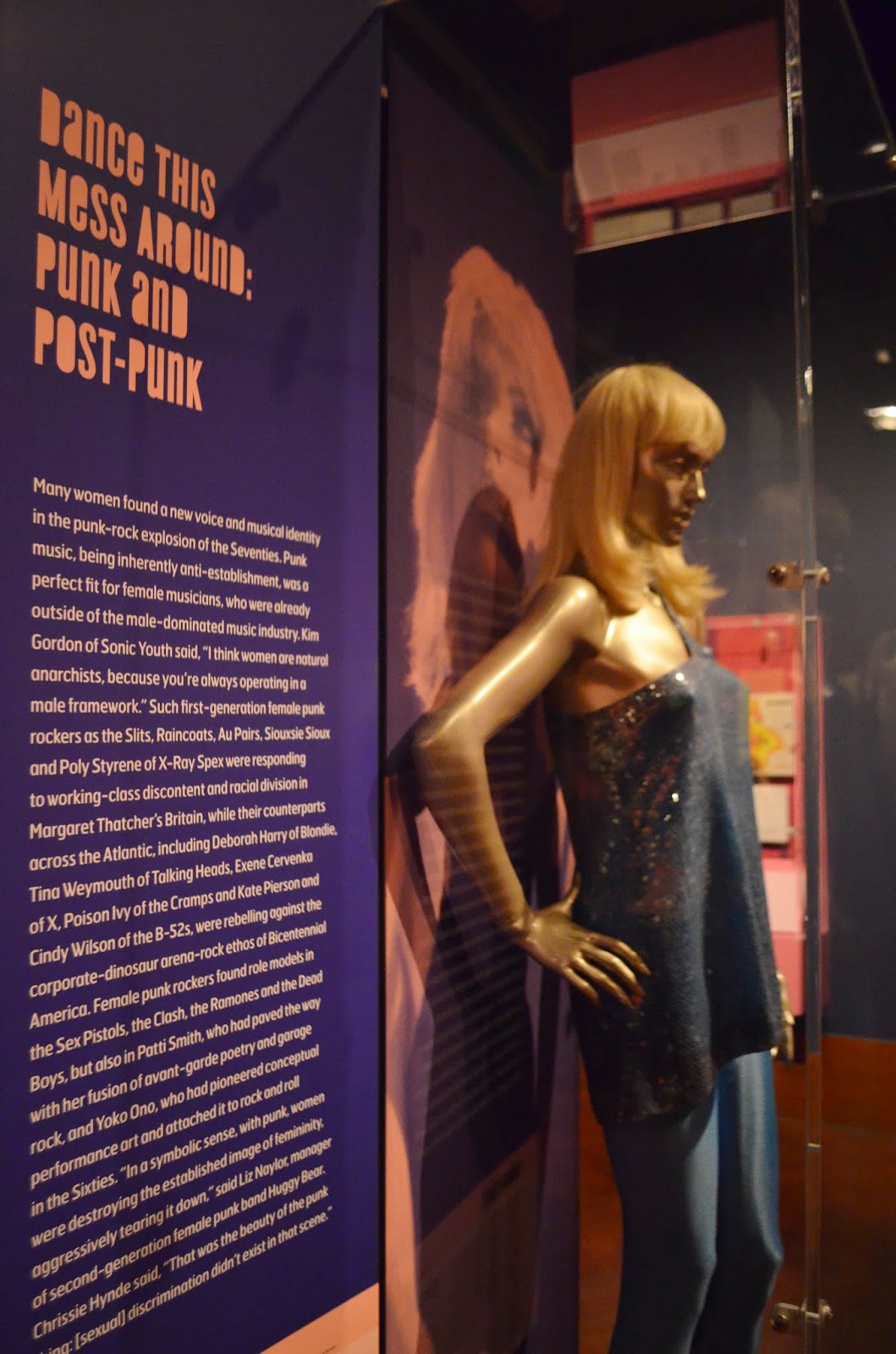 See the large collection of over 250 pieces of memorabilia  from 70 women in rock and roll history for yourself. The "Women Who Rock: Vision, Passion, Power" exhibit runs till August 17, 2014 so be sure to stop by before it's engagement ends. You will not be disappointed. 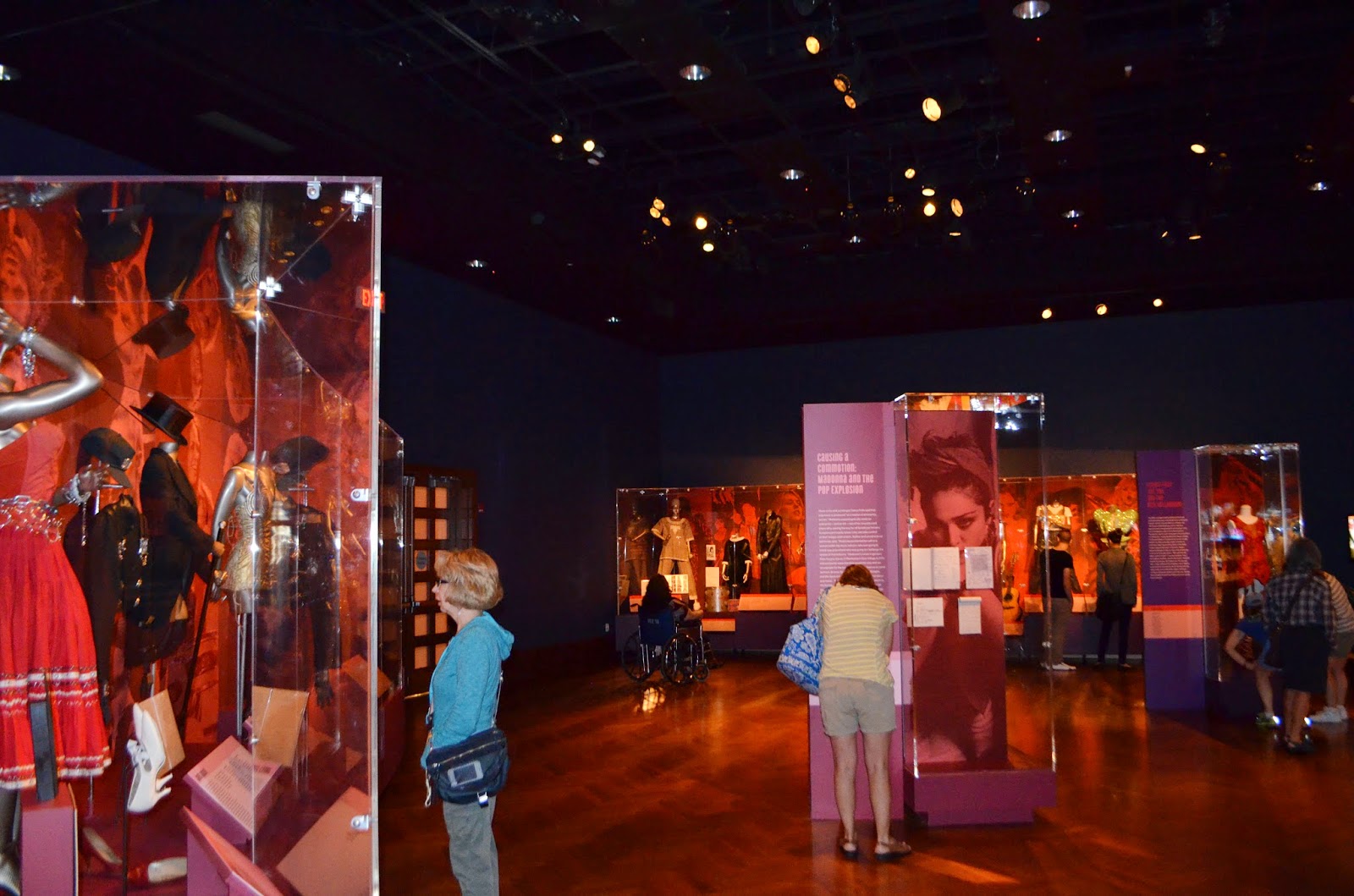 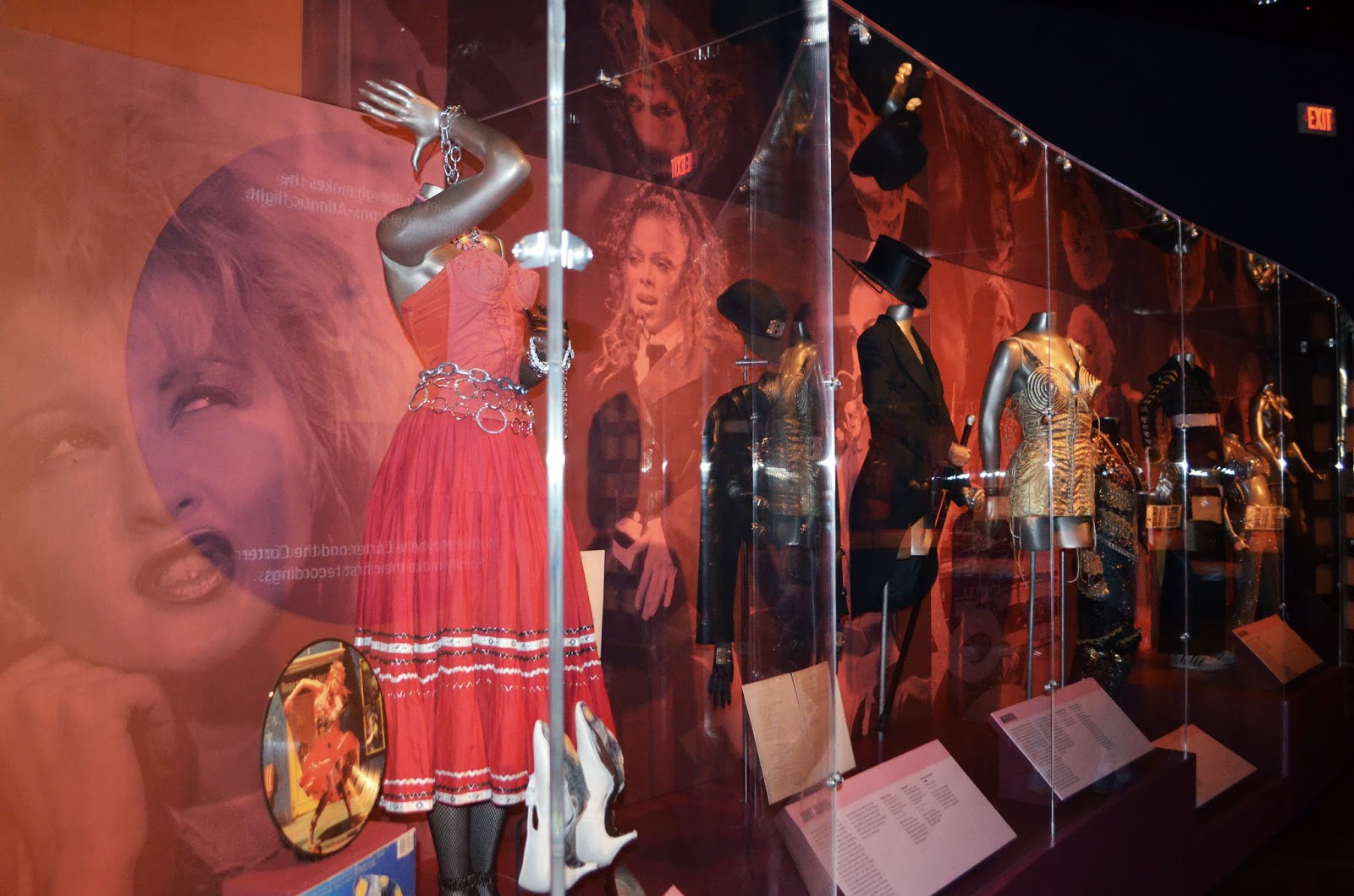 **All photos by Adrianne Johnston**