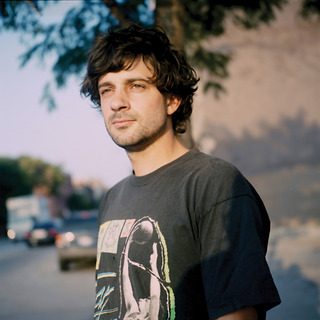 Double bassist/singer-songwriter Nat Baldwin’s forthcoming album People Changes, out May 24 on Western Vinyl, is much like the stark Maine setting which it was created. Of course, his fourth full-length shows welcome markings of his experimental bent from years as the Dirty Projectors bassist and former disciple of free jazz legend Anthony Braxton, but the serene isolation of 17 million acres of New England forestland make this cabin-born set intimate and sincere. The album follows A Split EP with Extra Life (2008, Shatter Your Leaves) on which earlier versions of “Weights” and “Lifted” appear,Most Valuable Player (2008), Enter the Winter (2006) and Lights Out EP (2005) on Broken Sparrow Records, and his experimental free jazz debut Solo Contrabass (2003, Peacock Recordings). In addition to Dirty Projectors, Nat Baldwin has performed on Vampire Weekend’s Contra and Department of Eagles' In Ear Park. He will tour behind the album’s release this spring.

You can sample one of Baldwin's songs here, or if you're in to visuals, you can watch his video:


Nat Baldwin "Weights" from TERROREYES.TV on Vimeo.
Posted up by Detroit Area Dork on 1.4.11