Recap: The Raveonettes and Tamaryn

The Raveonettes and Tamaryn played at the Magic Stick Sunday, April 3rd 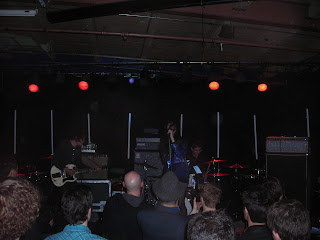 Often when faced with an unknown opening act, we dread what's coming up. The majority of the time it's something that doesn't impress us, and we just have to wait patiently for the band we showed up for. This was not the case with last night's show. While I'd never heard of Tamaryn before this show had been schedule, I won't easily forget her. Her music has an ethereal shoegaze quality to it, but yet it never seems to slow down too much. It's hard to infuse sound with so much energy and emotion without a frantic pace, but she pulls it off. If you only have time to sample one of their songs, try out "Love Fade". Before Tamaryn had finished, it felt like the room had nearly been filled to capacity. If the place hadn't sold out (I didn't actually look into the sales figures), it came damn close to it. 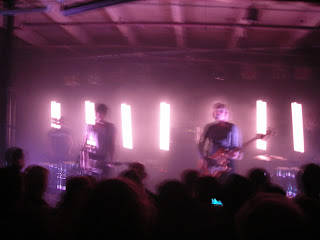 The Raveonettes started out their set with some of their slower songs. The vocals didn't seem sufficiently powered up on the board until after the first number. Once the band got into some of their faster, more energized songs, you didn't just hear it, you saw it. That's when the wall of flashing light-sabers only came on. By the time the song "The Love Gang" was played, the bass notes were reverberating so loudly it was even making my hair vibrate. When you've got a band that knows what they're doing, I really don't think you need to turn it up to 11. While the crowd never moved around too much, they made their appreciation know between songs, and their clamor for an encore was steady and strong until the band came back onstage. The show ended appropriately with the song "My Time's Up".

A nearly filled room, and a large gathering at the merch table after the show are good indicators that The Raveonettes won't skip Detroit on their next tour. 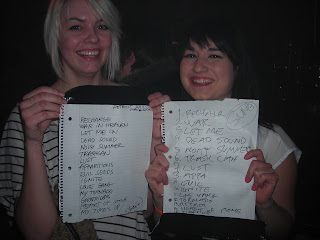 Sam and Allie quickly snatched up the set-lists. 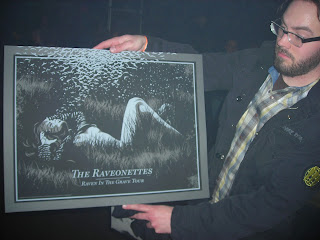 Pretty decent tour poster.
Oh, you want photos from someone who knows what they're doing? You should just check out Gene's post.
Posted up by Detroit Area Dork on 4.4.11