Want to check out TVOTR?
Be the 1st to email motorcityblog@earthlink.net
include full name and mailing address 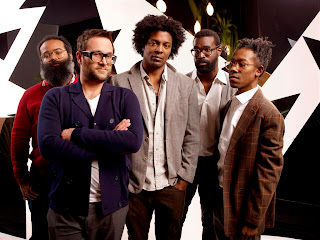 Nine Types of Light is as much an album as it is a movie by TV on the Radio.

The movie is meant to be a visual re-imagining of the record, and includes a music video for every song on the album. The band personally asked their friends and the filmmakers they admired to help direct the music videos. Tunde Adebimpe, the director for the full Nine Types of Light movie, storybooked the music videos together with interviews from local New Yorkers on various topics, including dreams, love, fame and the future. Tunde also directed the music video for Forgotten.

The Nine Types Of Light movie just premiered yesterday on the YouTube homepage.