Tomorrow is Record Store Day - get out and support your local shops!

Take a few hours tomorrow and head on over to your local record store to help celebrate the nationwide salute of Record Store Day.

For some of us - every day is Record Store Day but for most others the local record store is just a distant memory of where they used to look for new music and local events.

Many of the old school shops have shuttered but there has been a new wave of record stores that have opened in the last few years around town.

Personally I take advantage of this "national holiday" as a great excuse to spend the day getting to every local shop here in the motorcity and SPENDING SOME MONEY!
I already shop at most of them on a regular basis but tomorrow is like that get out of jail free card - passing go and letting them collect the $200 because shops like these should be cherished...propped up, promoted and supported as much as possible.

Many local shops such as UHF in Royal Oak
will be having live music and giveaways thoughout the day.

For years Record Store Day has been growing ever more popular and with that popularity comes some pretty cool limited edition releases from record labels small and large.

My interest is vinyl records and this year there are some amazing never released platters coming out from all kinds of artists old and new.

look for this on the shelves manana 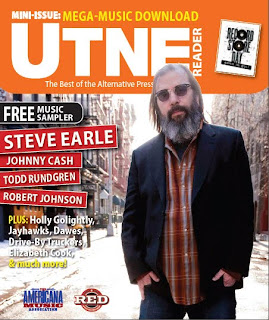