"She is Sara" is a blogger of MCB
She digs fashion - music - thrift stores, poetry and Detroit
She works in Downtown Detroit
and is a full time student at Oakland University
pursuing her English major. 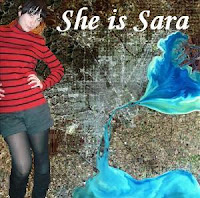 These events took place last Friday night, but better late than never right? I was lucky enough to get asked by the MCB to cover The Golden Filter at the Majestic Cafe last Friday, and I was already geeked to be getting out of the apartment to do something fun, when I received a call and was asked to also check out The Like at The Magic Stick, upstairs. I gladly agreed then went to check online when both bands were to start, it just happened that they both were scheduled at 10pm. Damn. I was not 100% sure what to do next, so when my guy friend came to pick me up and I told him my dilemma, he asked about both bands and at the words "all girl band..." he demanded we try to see The Like first. I agreed and we parked and raced upstairs to check them out. 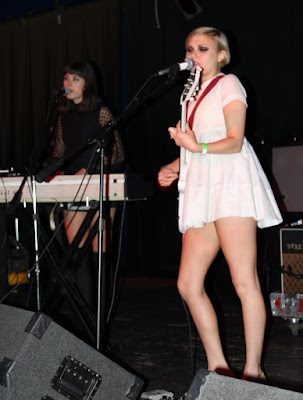 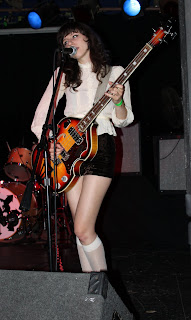 We had just enough time to grab some beer and head to the front of the stage when promptly at ten pm, four beautifully trendy females took the stage. They were all-smiles and immediately burst into the first song, the room that was pretty empty before became more and more filled, and the girls jammed through another upbeat song. For a brief moment after a third song, they paused to greet the audience, and introduced themselves as The Like, if anyone didn't know who they were, you would have never known. Everyone in the room seemed to thoroughly enjoy the performance,either by dancing, mouthing the lyrics, or by the simple, yet perfectly acceptable, head-nod. 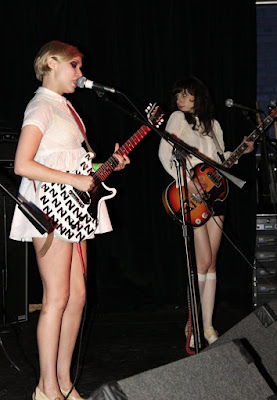 I personally could not decide what I liked more about The Like. Was it the fast-paced songs, and upbeat sound? Or the wardrobe of the band? Elizabeth, Tennessee, Annie, and Laena all wore some sort of Black & white assemble, that was either vintage or vintage inspired, and being as though I didn't get a chance to ask, I will never know. Either way, with each song they played, I turned to my friend and yelled "I love this song!" (he ignored me and just drooled) and I was pleased to discover from the band that a new album was about to be released, (June 15th, actually) and they finished up their set with a few songs from the new album "Release me", including the tittle track. 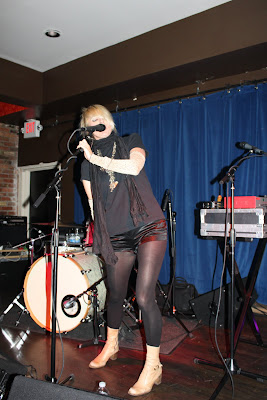 After The Like had finished up, we slammed our drinks and hauled ass back downstairs to see if we could still catch a bit of The Golden Filter at the Majestic Cafe. I noticed it was pretty crowded in the cafe and I was a little worried that we might have missed them so I asked the bouncer at the door if he knew weather they had played or not. I was relieved to hear that no bands had played yet and settled down in a chair by the stage. A guy/girl band played first and I enjoyed them enough to take some pics, although, I didn't catch their names. I grabbed another beer as they finished up and waited for the next scheduled band, The Golden Filter. 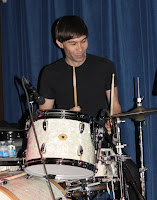 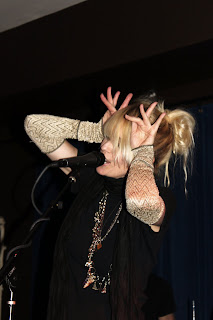 "Paris, Detroit,..... these are a few of my favourite things" yes, The Golden Filter changed their lyrics to their song "Favourite things" to suit the city they were in, and that was fine by the audience. They even chanted along for the most part. I was not really familiar with this band at all when I came down to see them in all truthfulness, but I soon learned that their music is great to dance to and I know I would love to hear The Golden Filter songs played at places like Luna's in Royal Oak or at City Club in Detroit. The crowed knew this too and they were dancing along to each song and the place was quickly becoming slammed. I was not even sure how people had room to dance at one point and it quickly became harder and harder for me to take pictures. They honestly needed a bigger stage and more room to play, given the chance, I could even safely say they could have had a bigger room just as easily filled. 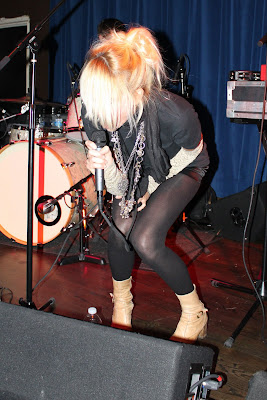 Lead singer Penelope was very enchanting, clad in all-black, with a clear voice in the loud music, time flew by. All their songs were upbeat and fast-paced, and the next thing I knew, they were done performing, and I had to get going. Needless to say, I had a very fun and eventful night at the Magic Stick and the Majestic Cafe.
Posted up by Sara on 19.6.10