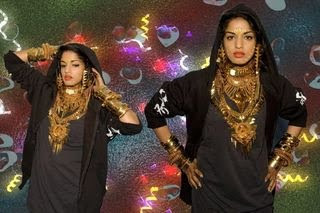 In the seasonal blaze of summer festivals, London, Ontario’s TD Sunfest (July 8-11, 2010) shines like no other. Admission-free, the festival offers attendees a four-day, multi-sensory passport to discover new international music, applied arts, and cuisine in a family-friendly crowd as diverse as a United Nations barbeque.

Music lovers can find solace in a powerful Persian song, boogie to hard-hitting Punjabi beats, or fill in a blank space on their musical map with jazz from Indonesia or rock from Siberia. All among the largest and most varied global bazaar (over 250 vendors!) of any world music festival in North America, in an 18-acre urban oasis conveniently located smack dab between the multicultural metropolis of Toronto and the Middle Eastern hub of Dearborn, Michigan.

“Every year, the overwhelming majority of Sunfest performers are totally new to the audience, and people love that,” festival Executive Director Alfredo Caxaj enthuses. “You don’t have to be familiar with all the names, because you know that the jazz and world groups we feature will move you.”

Sunfest also prides itself on its links to new immigrant communities flourishing in the London region, such Colombians who now number in the thousands, thanks to groups like the Bogotá-based salsa powerhouse, La-33, and the more traditional, heavily African-influenced ensemble, Las Alegres Ambulancias del Palenque, from Colombia’s Caribbean basin.

This year, as a special treat, festival-goers will enjoy a veritable mezze platter of Middle Eastern, Arabic, and Mediterranean music, all bridged by the sometimes delicate, sometimes potent sounds of the oud (lute). These offerings reflect both the burgeoning Arabic and Middle Eastern enclaves from Dearborn, Michigan to Toronto and Montreal, and an important aspect of the festival’s mission.

“I think of the arts as a powerful vehicle for bringing people together,” explains Caxaj. “They can be instrumental in achieving things that seem difficult, challenging or even impossible. So by celebrating the richness and diversity of a region like the Middle East, we’re offering a beautiful way to balance the many misconceptions people carry, and to show what these communities have to give.”

International masters of Middle Eastern genres—The Klezmatics and the rollicking Jewish traditions that made them a klezmer household name; the edgy Iranian vocals of Mamak Khadem; the subtle oud of Palestinian-born Simon Shaheen—will resound side by side with an impressive roster of lesser-known Canadian groups ranging from the traditional to the innovative.

Take 2010 Juno-Award nominees from Toronto, Jaffa Road, who embrace both Jewish and Arabic traditions and turn them into haunting, jazz-inspired songs. Or Montreal’s Bambara Trans, whose nine members take Lebanese music in a radical new direction with Afrobeat and electronica, and Vancouver’s Tambura Rasa, who combine flamenco, Roma, and Arabic acoustic sounds with the beautiful shimmies of the belly dance.

On the more traditional side, in addition to Shaheen, Sunfest visitors can look forward to checking out Moroccan oud player Hassan Al Hadi’s invocation of North Africa’s distinct musical heritage, and local favorites Light of the East, whose oud-driven acoustic pieces span the Eastern Mediterranean. “We feel that visitors will really be able to savour all of the possibilities from the region,” muses Caxaj, “along with the intense creativity of the Middle Eastern community in North America.”

Musical delights aside, Sunfest has managed to do what few other outdoor festivals can claim: create an ethnically and economically diverse audience in the midst of the Great Recession. “You won’t see people of just one background or color at Sunfest,” Caxaj notes. “And that’s a powerful bonus for anyone who wants to visit the world in one stop, without having to jet around the globe. It truly sets us apart and has kept us growing, despite the tough times.”