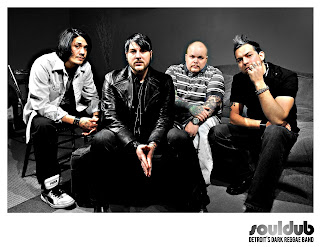 "Musically, our concept for this record was to create a DIY mixtape-style record- but put a couple of clean single's on it to develop a mainstream interest." said vocalist Richard Ensley, "Lyrically, I used Frank Sinatra as a symbol to represent the sexy, alpha-male rockstar image that the performance spotlight can reflect on us. Obviously, this perspective is far from realistic. "Ghetto" represents the side that concert-goers don't see- the everyday struggles of being starving artists with rusty cars, dead-end jobs and often frustrating love lives".

The nineteen track full length album "Catchabuzz"
will be available June 26, 2010 available on major online music retailers
and from the band's website www.darkreggae.com
To celebrate the release of the record,
Souldub is scheduled to perform a record release party
at The Blind Pig in Ann Arbor, Michigan on June 26, 2010 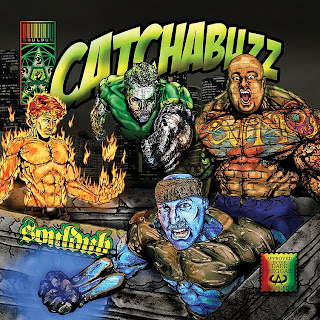