Win a pair of tickets to check out
Hostage Calm at Clutch Cargos
Wednesday 11/21
email motorcityblog@earthlink.net 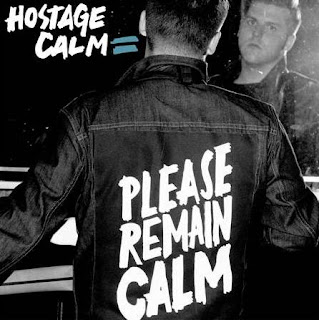 A few days after playing Detroit the punk rock activists Hostage Calm have plans to play a same-sex marriage rally on November 26 at Charm City Art Space in The demonstration celebrates last week’s legalization of same-sex marriage by voters and will also serve as the official record release show for the band’s critically acclaimed new J. Robbins produced full-length Please Remain Calm, which was released on October 4 via Run For Cover Records.  Offering support will be Diamond Youth, Sacred Love, In Between and Distances.

Hostage Calm front man Cmar explains, “This show will be FREE, and it will be a demonstration in celebration of this monumental accomplishment for the LBGT rights community and for our state. Let this be a way for our punk community to show our support: support for individuality, equality and the ideals that are foundational to the hardcore scene. We will have donations set up for Freedom to Marry. Let's use the success and example of our state to fuel the national movement for equality growing across this country.”

On Tour
with Streetlight Manifesto